This was originally a guest post on One Artsy Mama… but I made these for the boys party, so I am re-posting this today.
For the final Olympic Party post, I have a cool tutorial to share with you. I know that the Olympics are over… but I think kids would like a GOLD MEDAL anytime! I made 25 of these medals and handed them out at the party as favors. Several parents made comments to me later how their son/daughter had worn it all day after the party. So fun! 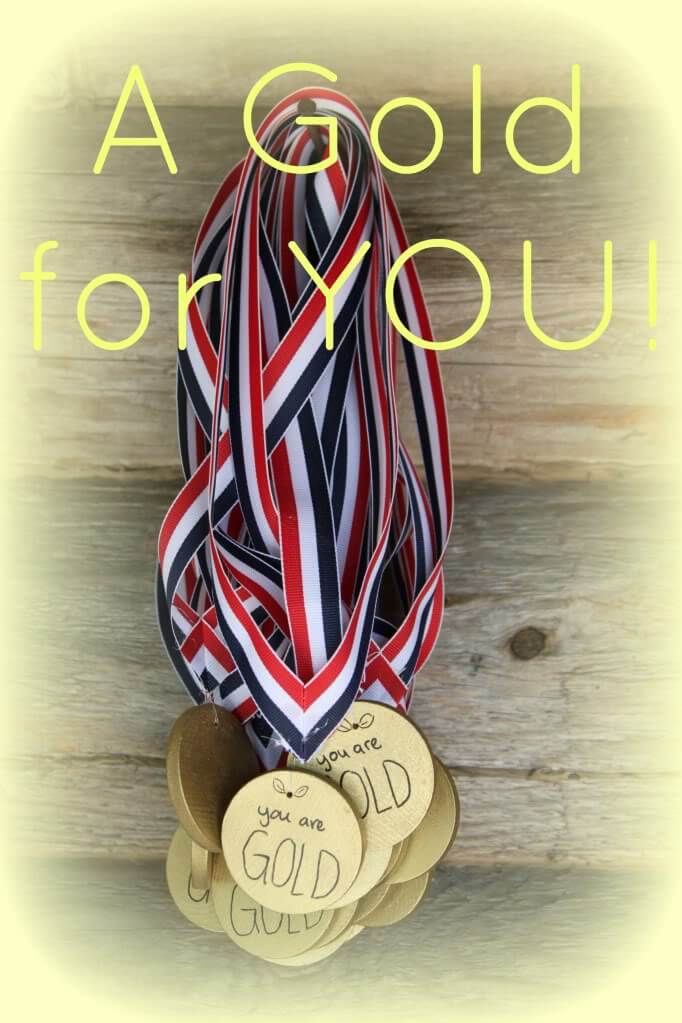 My inspiration for this is my three year old son.(now four year old!) He LOVES to win…. doesn’t matter if he actually does win, he will say he is the winner. If I want him to do something, I just make it a race against his little brother (who is easy to beat!) and he gets it done. I probably hear, “I’m the winner.” “I’m the fastest” “I’m was first” a million times a day. So…. in honor of Jack AND the Olympics (which I am obsessed with!) today I am sharing how to make you very own gold medal!
Now EVERY kid can be a winner!

First, gather your supplies. I went to Hobby Lobby and picked up round wooded discs ( I was hoping to find a pack, but had to buy them separate), gold spray paint ( I used a weekly internet 40% coupon!), beading wire, a black marker, and ribbon (which happened to be half off that day, score!) We drilled small holes at the top of each disc, peeled off the labels and sprayed both sides gold. I sprayed two coats on each side. 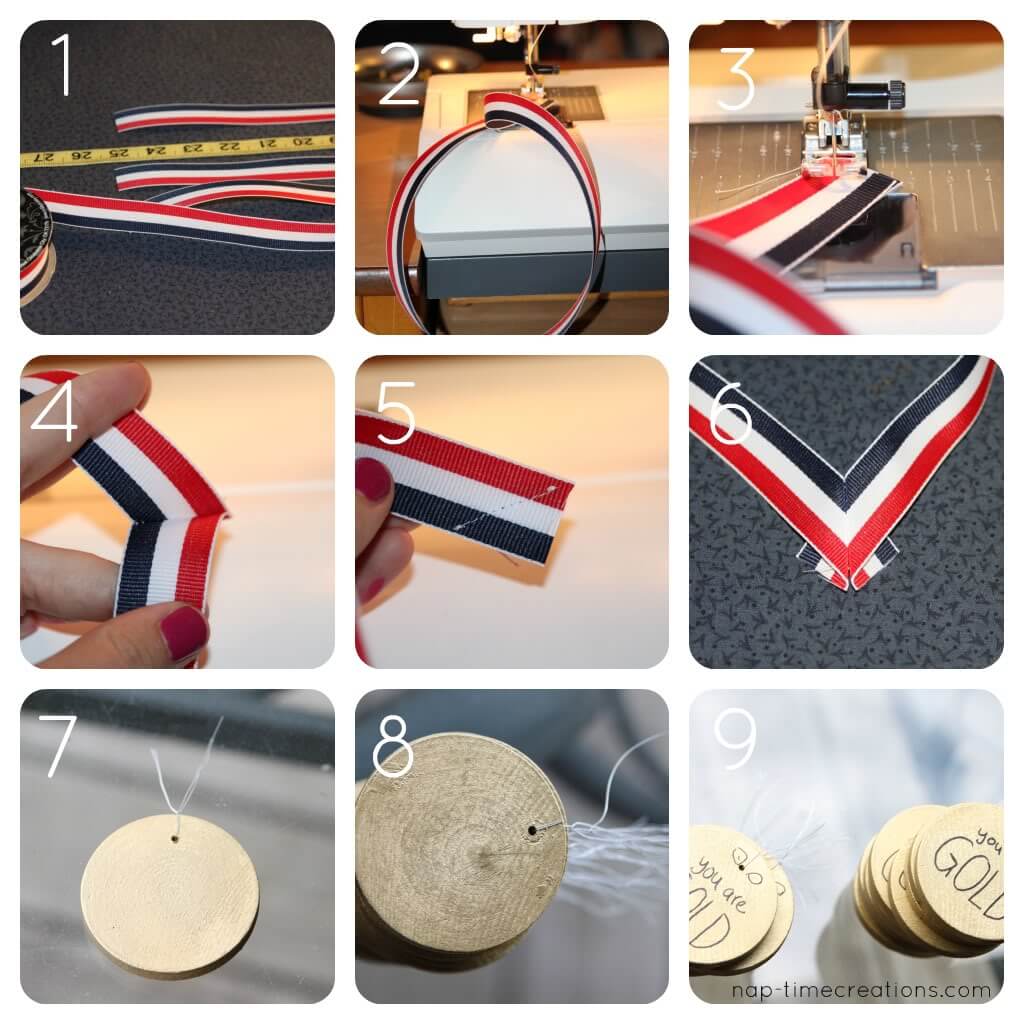 Next, cut your ribbon. I cut approx. 25 inches for each. Sew with right sides together at an angle on the bottom. Press open. Fold a thin wire in half (about 8 inches long, 4 when folded), thread through the hole, and twist to secure. Write you message on one (or both) sides. I wrote, “You are GOLD.” on all of mine. 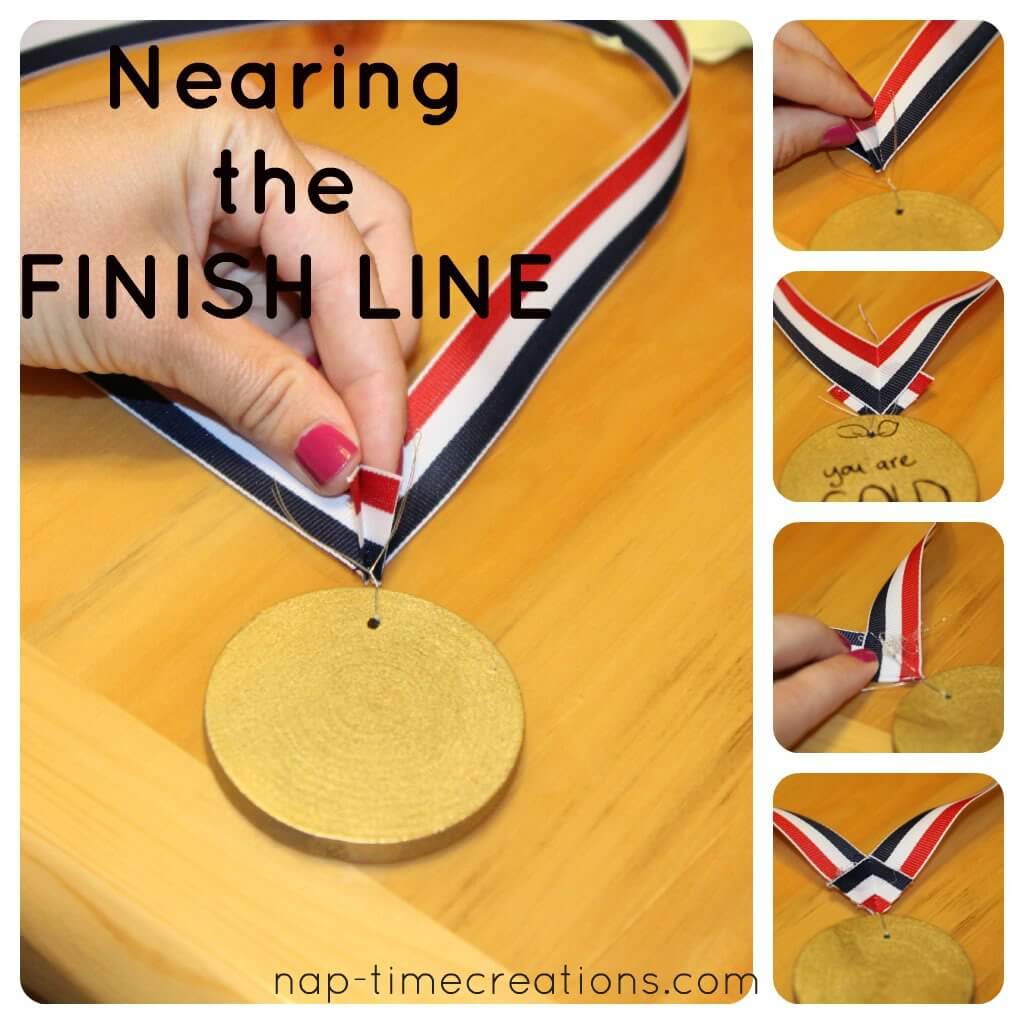 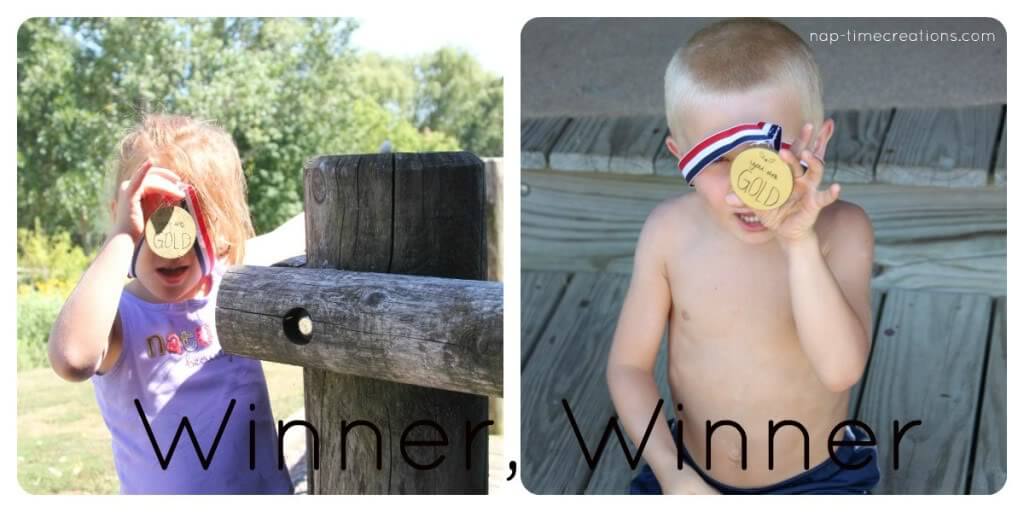 Thanks for joining me for Olympic week!