When my boys first asked for a joint Star Wars birthday party, I was totally overwhelmed… it seems like a huge task to do Star Wars. Then, I realized that Oriental Trading had almost EVERYTHING I needed to pull off the party the boys wanted without breaking my bank or my sanity! SO…. here you go! Our Easy Star Wars Birthday Party… and all the details you need to plan one too! 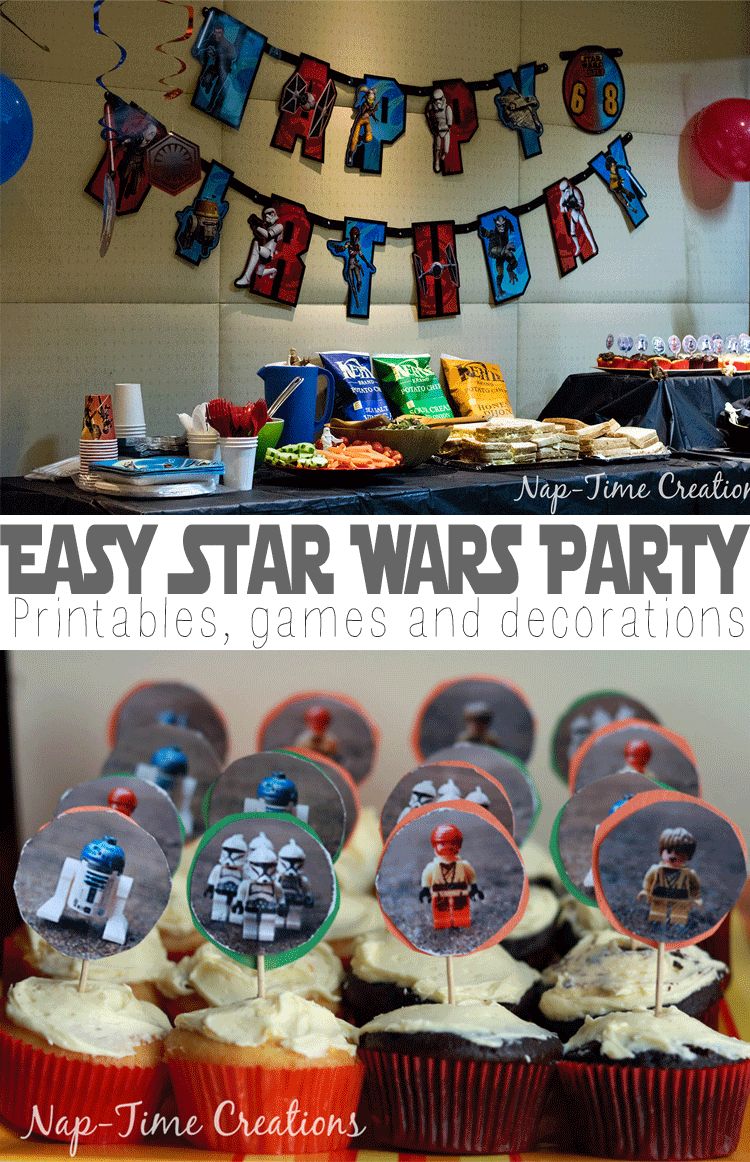 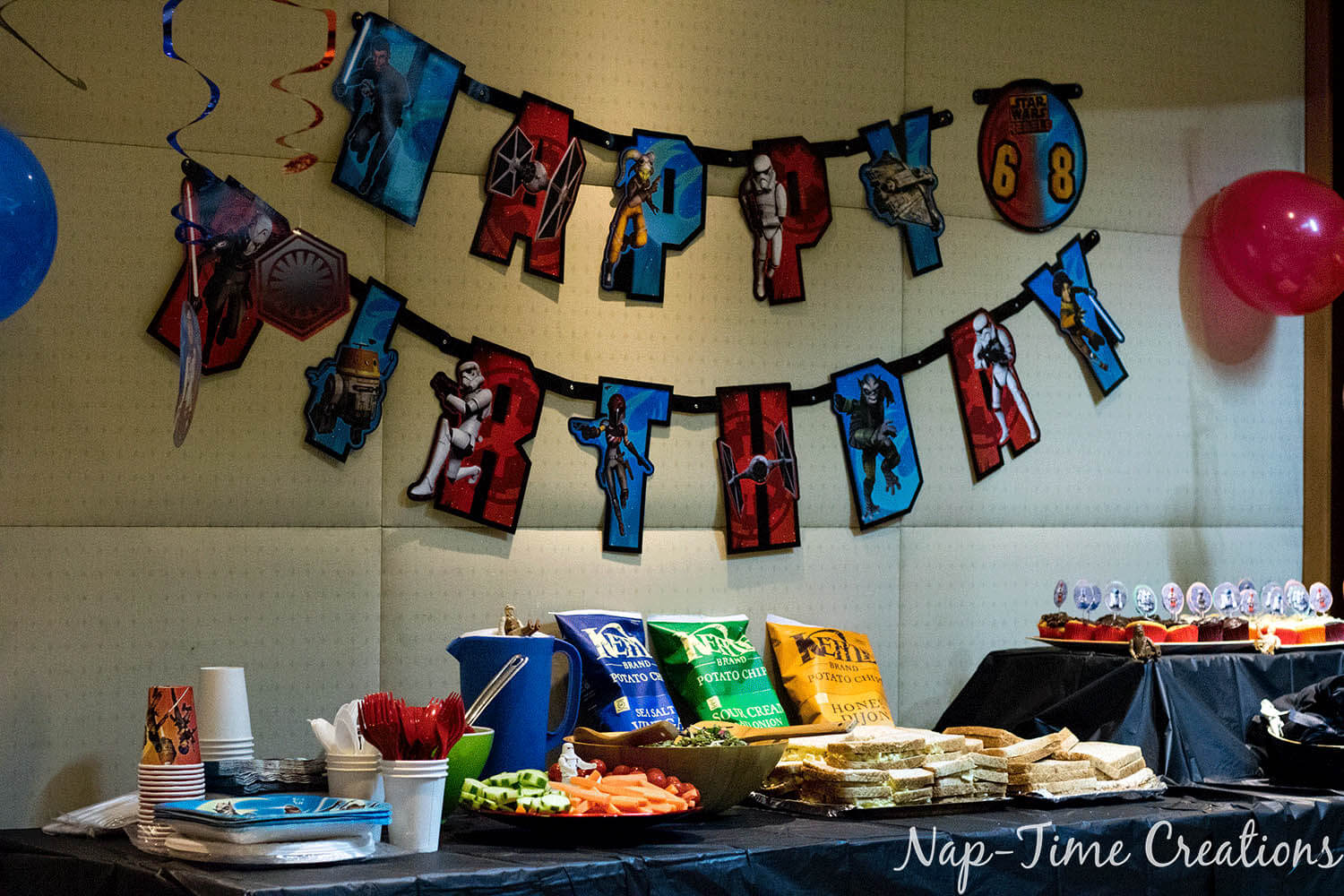 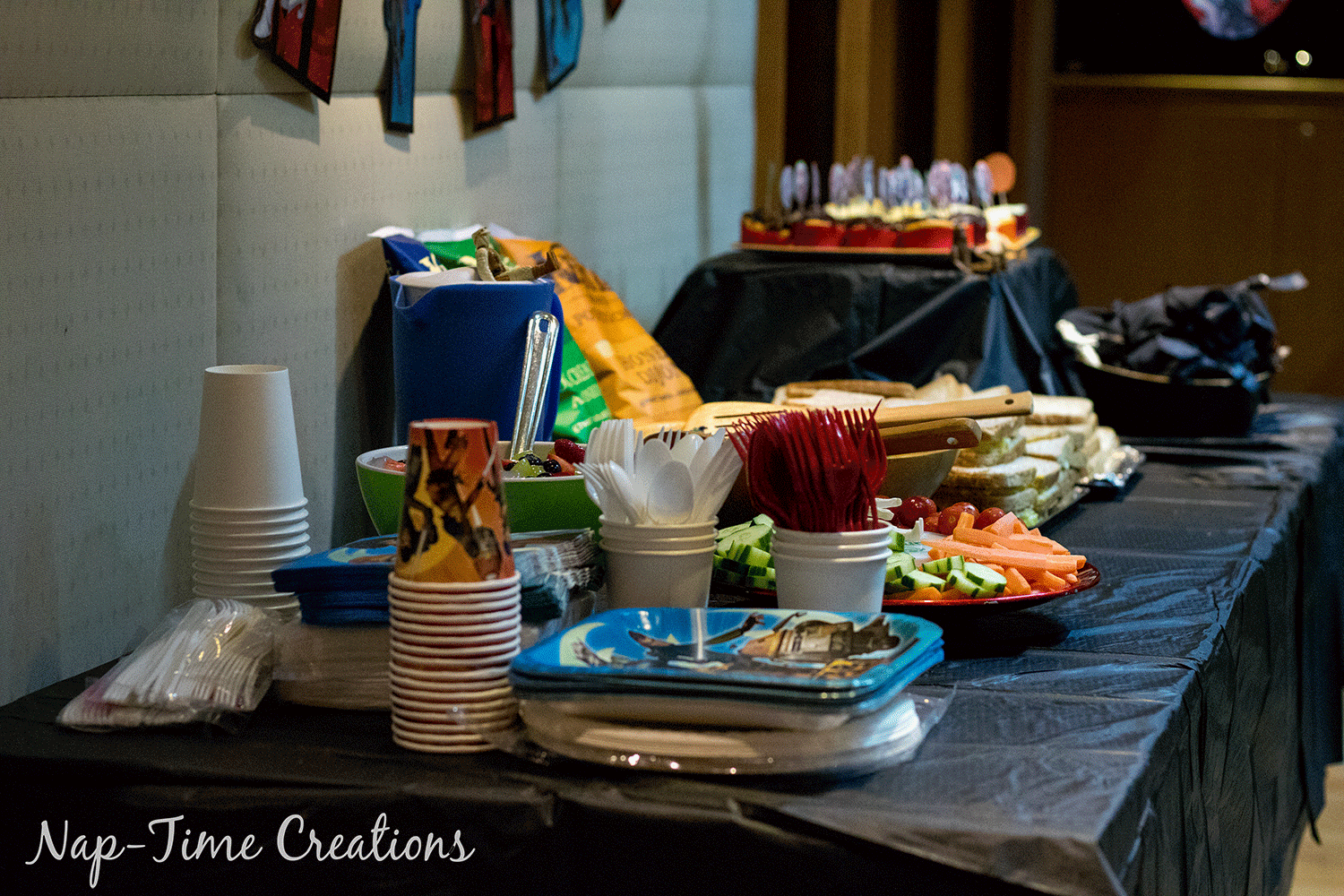 My husband had some Star Wars toy figures from when he was a kid {we won’t do the math!} We put them on the food table and it was so cute! 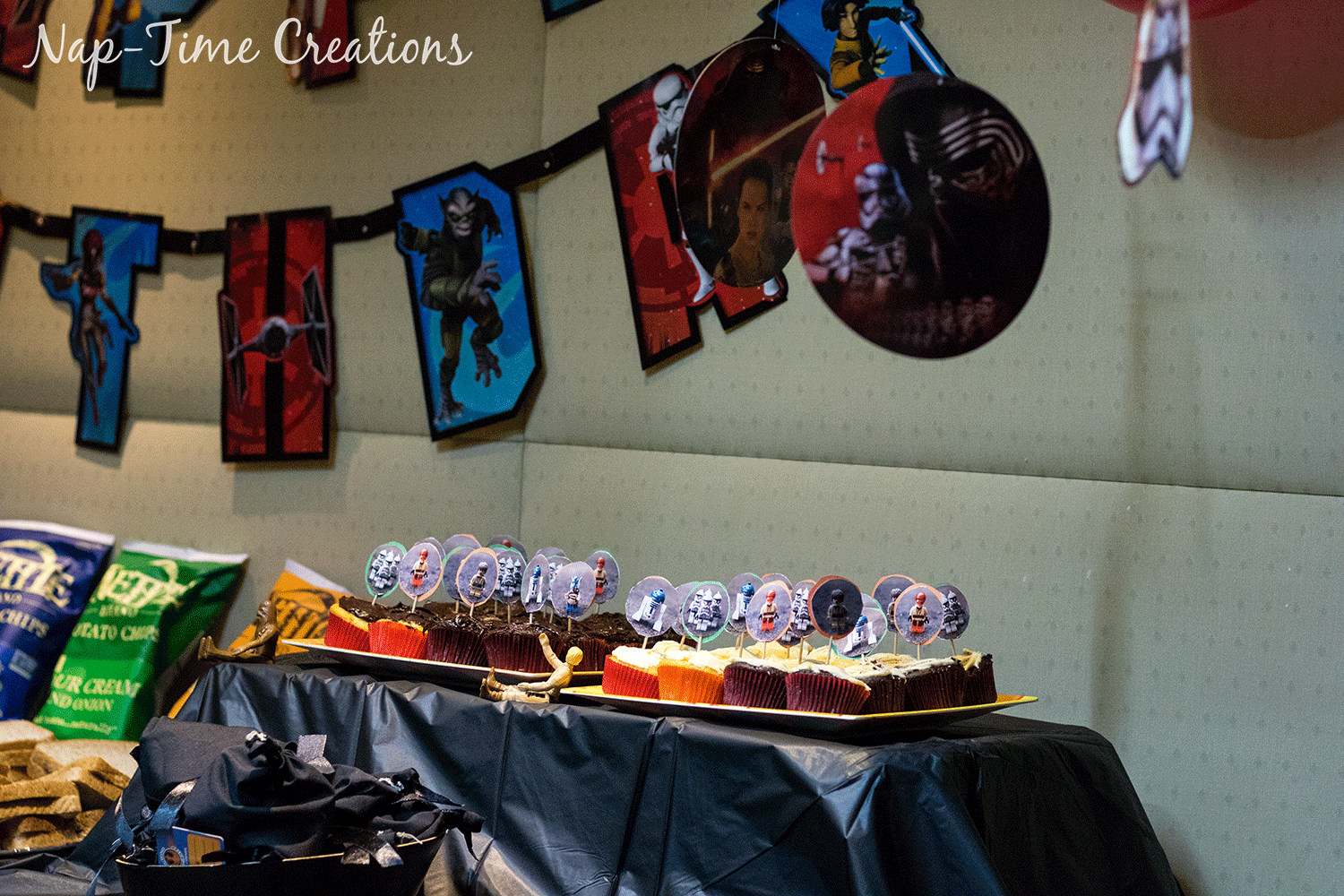 LOVE those cupcake topper? You can make them by simply photographing your kids Lego Star Wars… {that’s what I did!} OR you can just download mine HERE and print it on an 8×10 photo paper… cut and glue to a toothpick.. 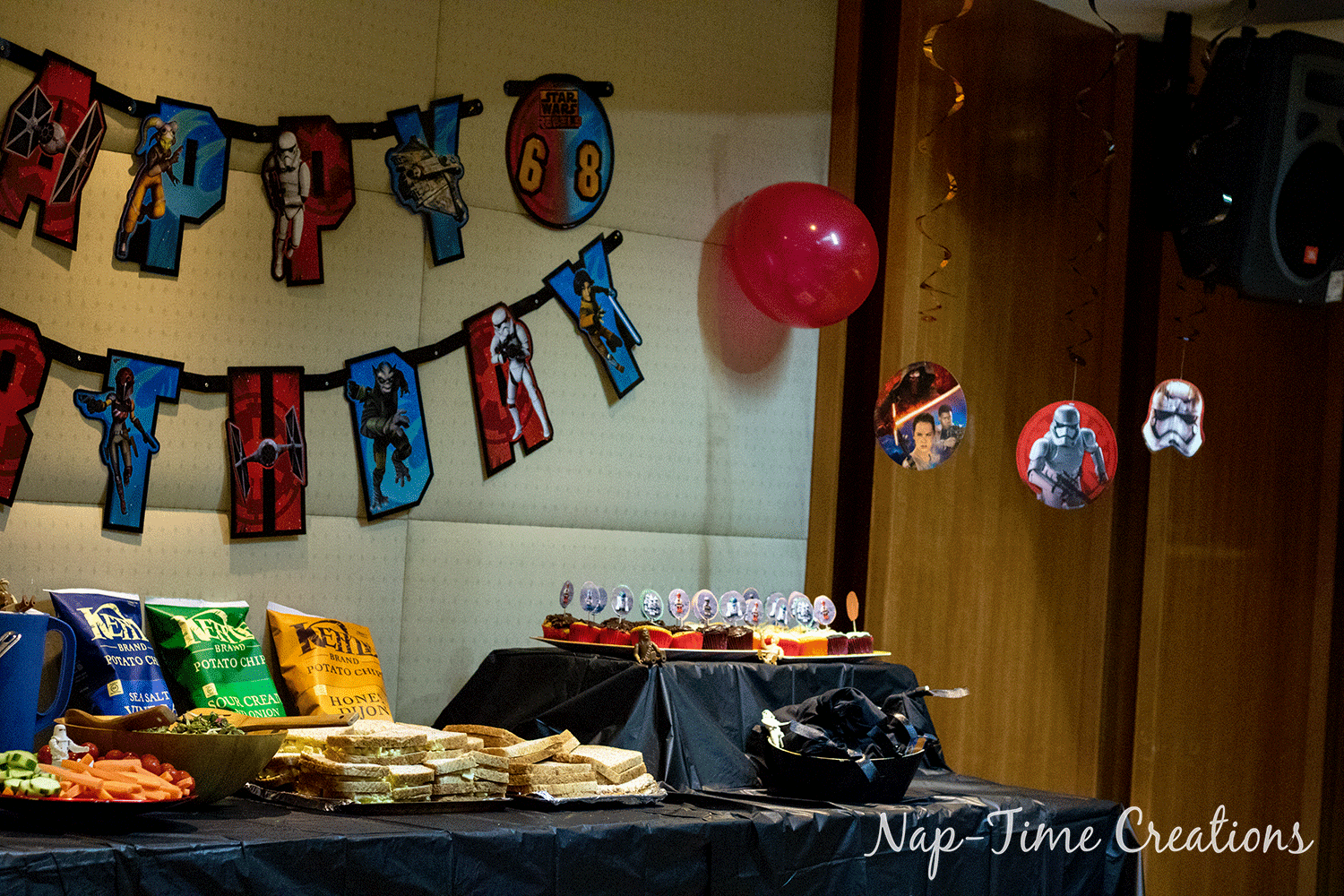 We had two boys celebrating, so we bought TWO of the basic party packs AND TWO of the party favor packs, so we had enough supplies for all the kids. 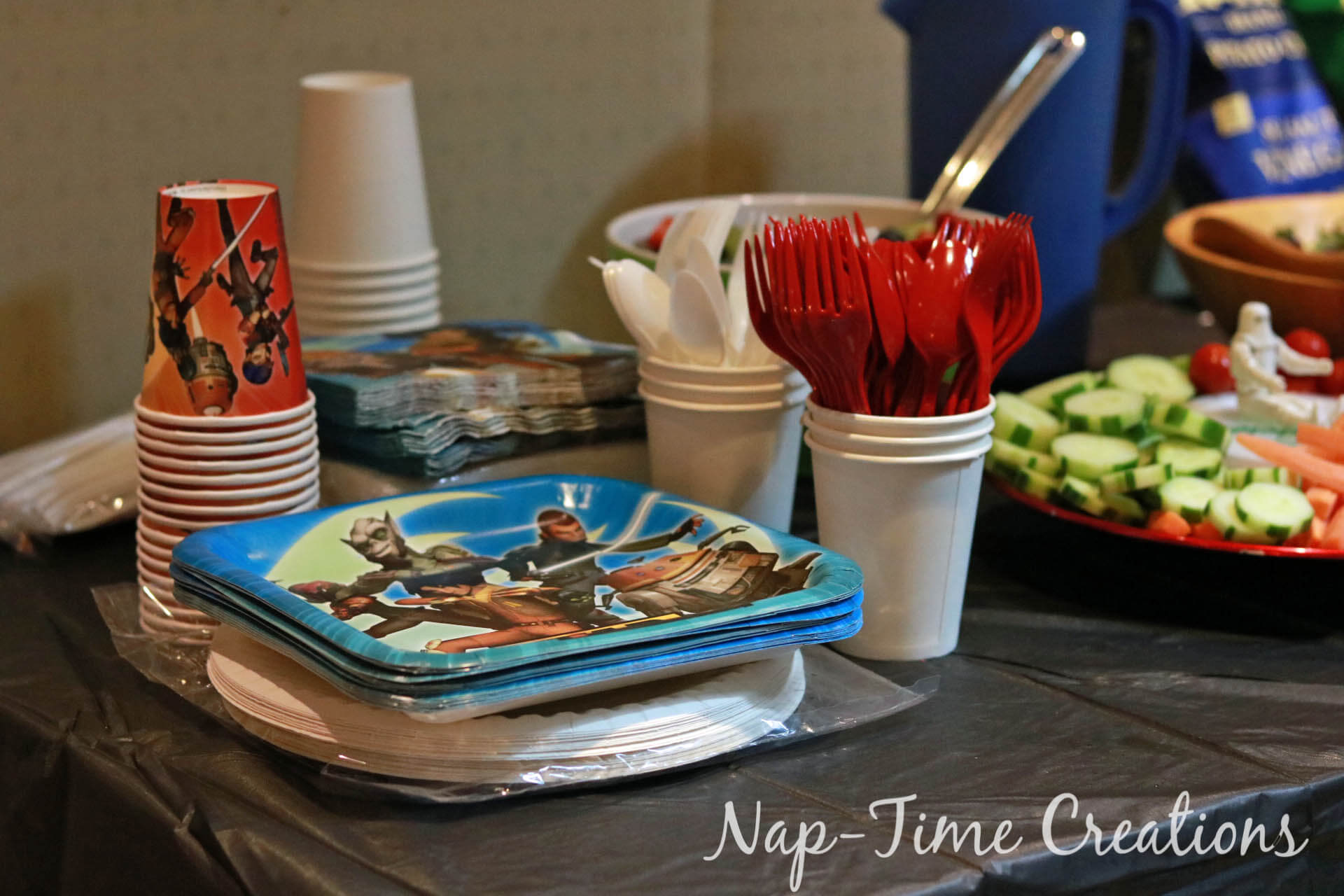 My boys – the ones on each side {Darth Vader and Luke Skywalker ;o)} LOVED their party! The guest had fun too and it was such a fun morning. AND it was so EASY! I only had to spend minimal time putting this all together.. and baking few cupcakes… Throw an Easy Star Wars Birthday Party for your kids… YOU can do it! 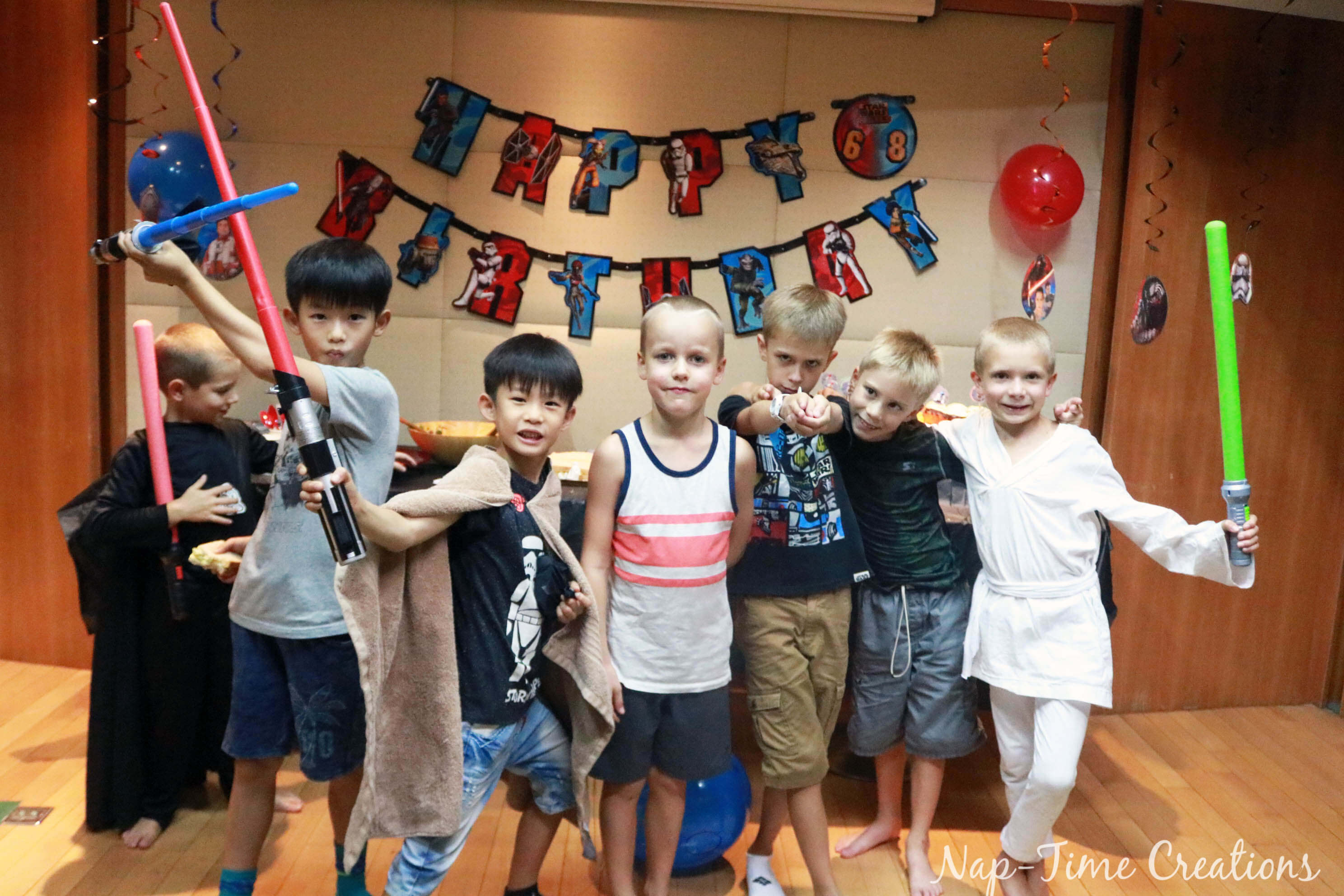 I got all the party favors from Oriental trading, but I did sew up 16 small fabric bags to hold the kids loot. Here’s a peak at what each kid received as they left our party… 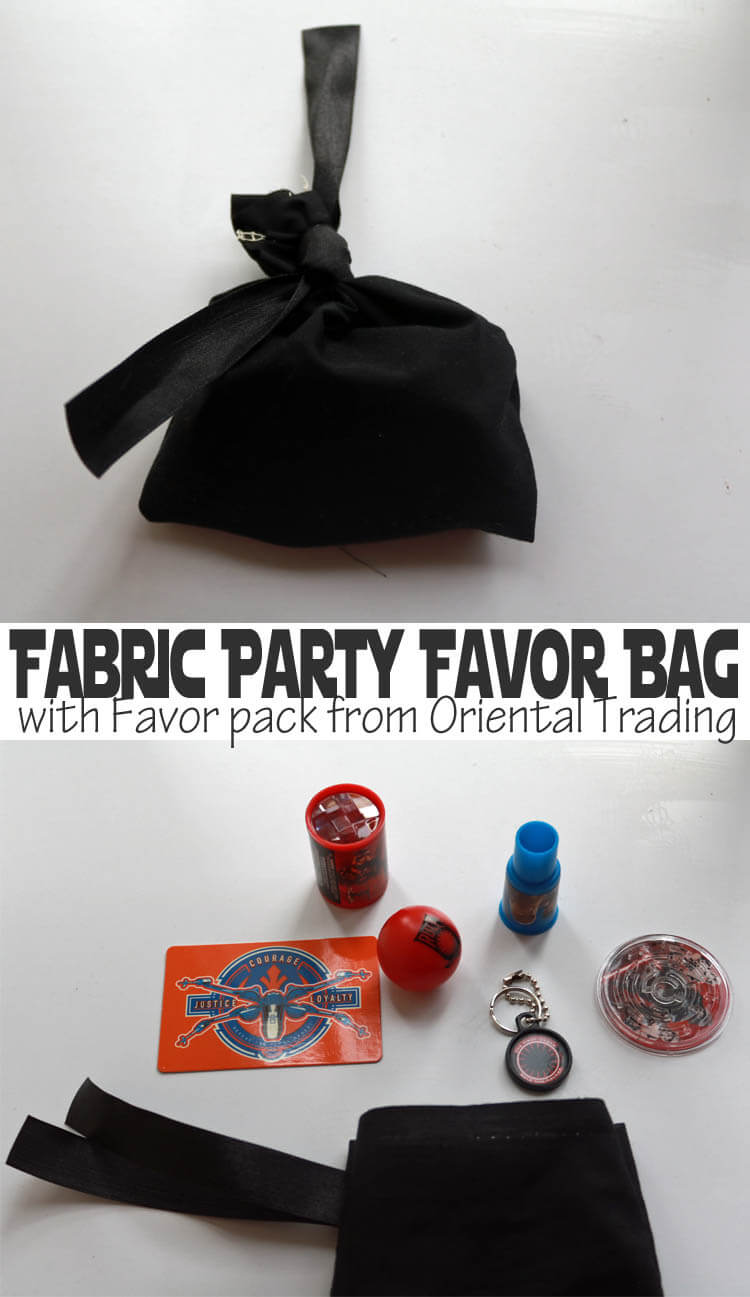 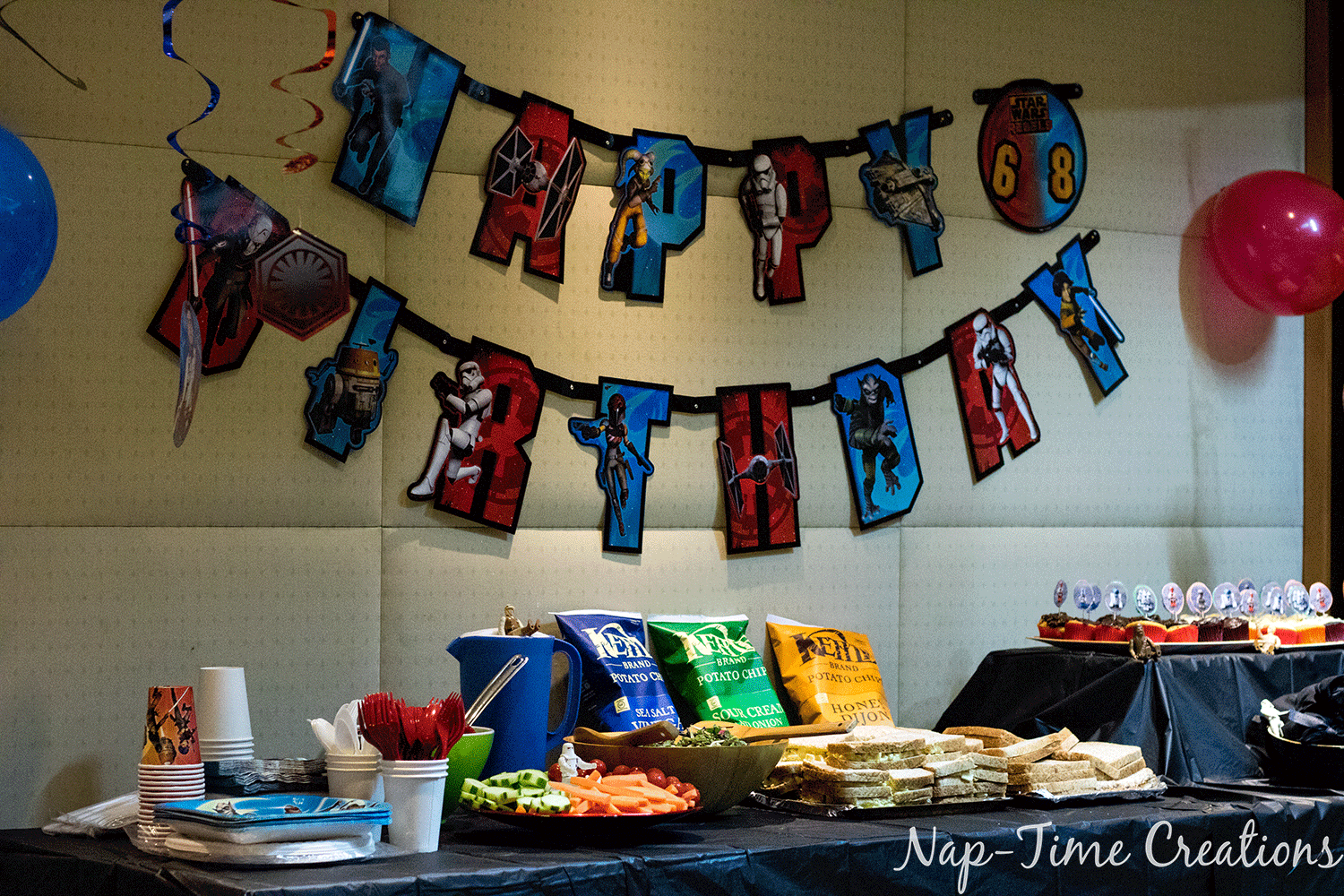 Okay… Here’s what we DID at the party…

We took photos with my Instax Camera and the photo stick props and we make a fun photo booth. Each kid got to take home a picture! I used a black piece of fabric and taped gold stars to it. 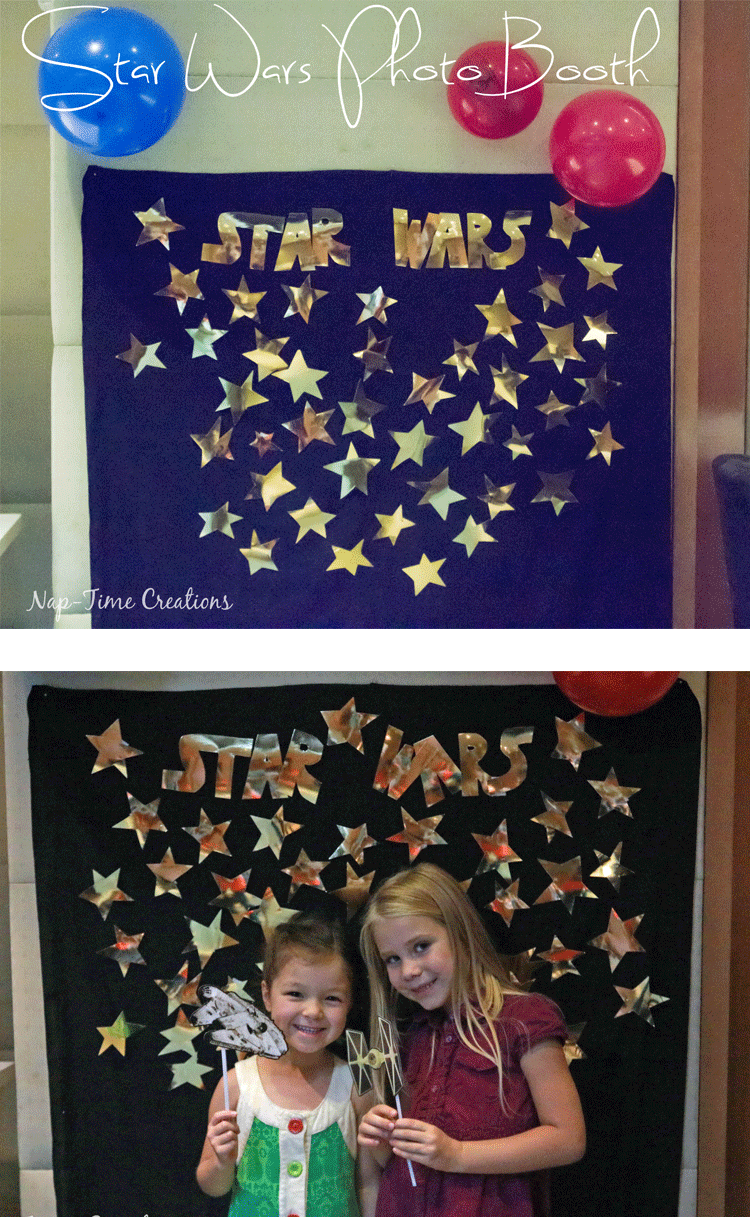 It was hard to see Darth Vader against the black! HA! 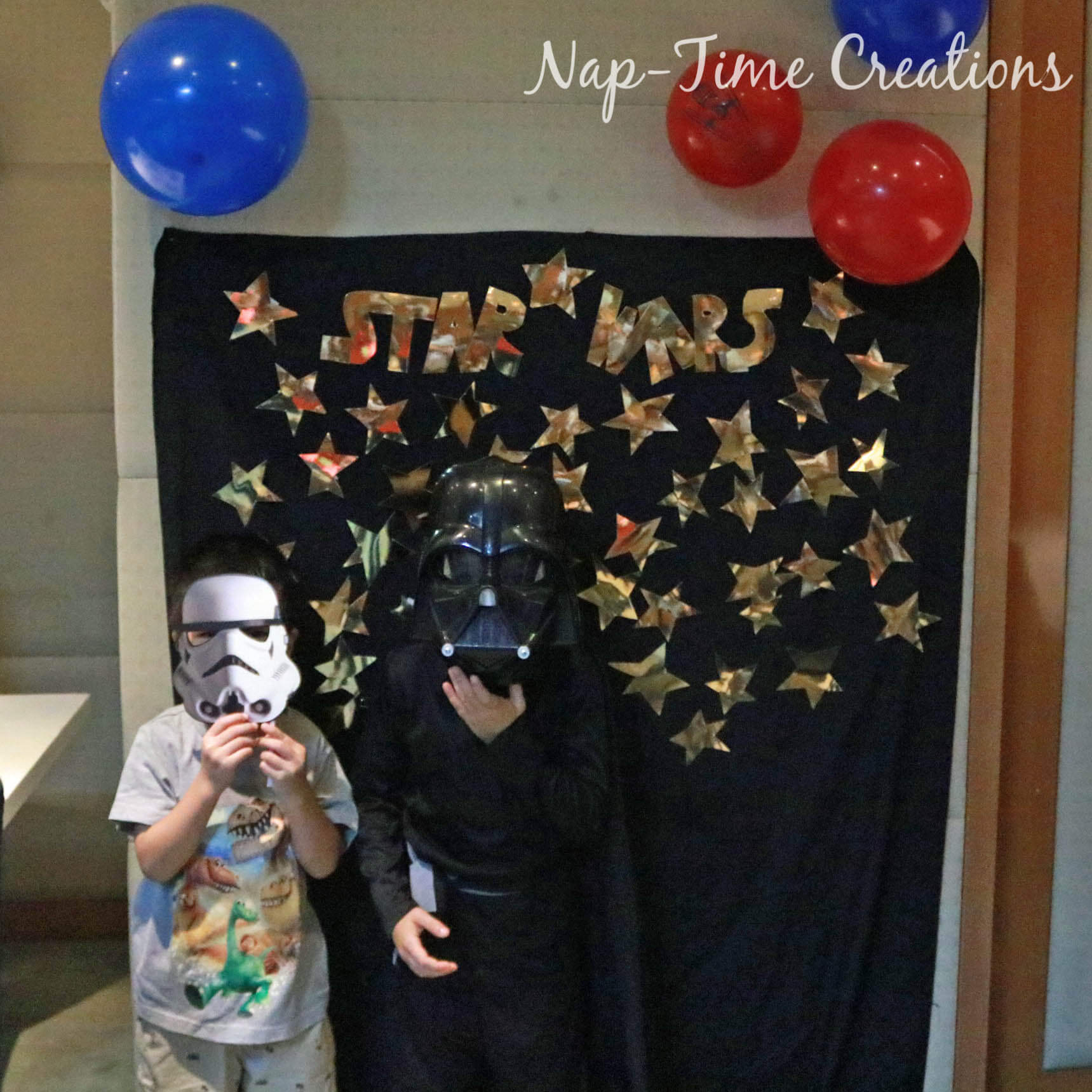 A simple game called pass the death star was loads of fun. We covered a ball with tin foil, downloaded some star wars music and passed the ball around the circle until the music stopped. We eliminated kids, and then let them all back in the game… a few rounds of fun! 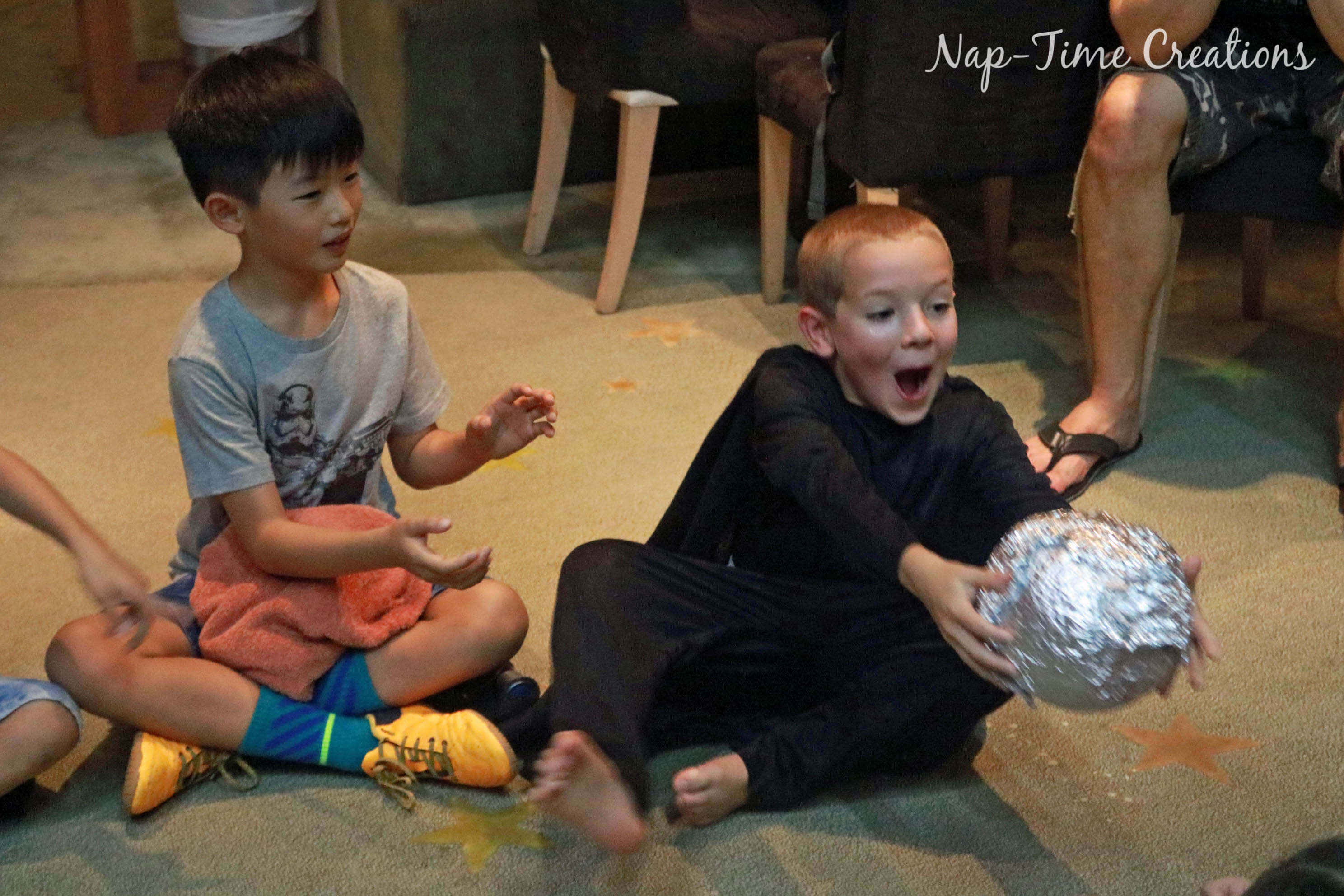 Our final activity was a light saber challenge course! We hung balloons of varying height from the ceiling and numbered them. Kids had to try and hit the balloons in order with our pool noodle light saber. Everyone had a blast.. It was a one-at-a-time activity though so no one got hit. 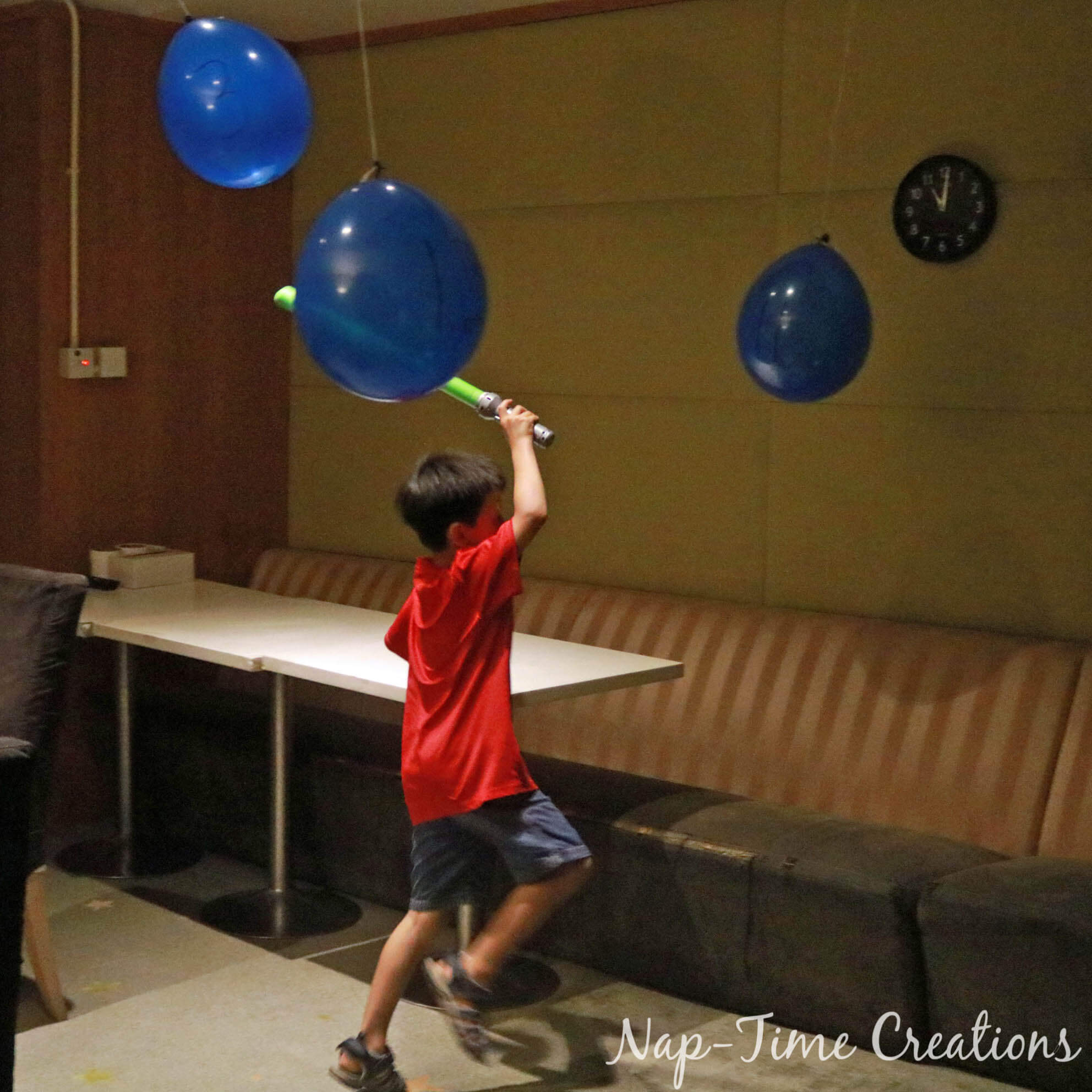 And then we all got to eat! A great way to finish off a fun party! 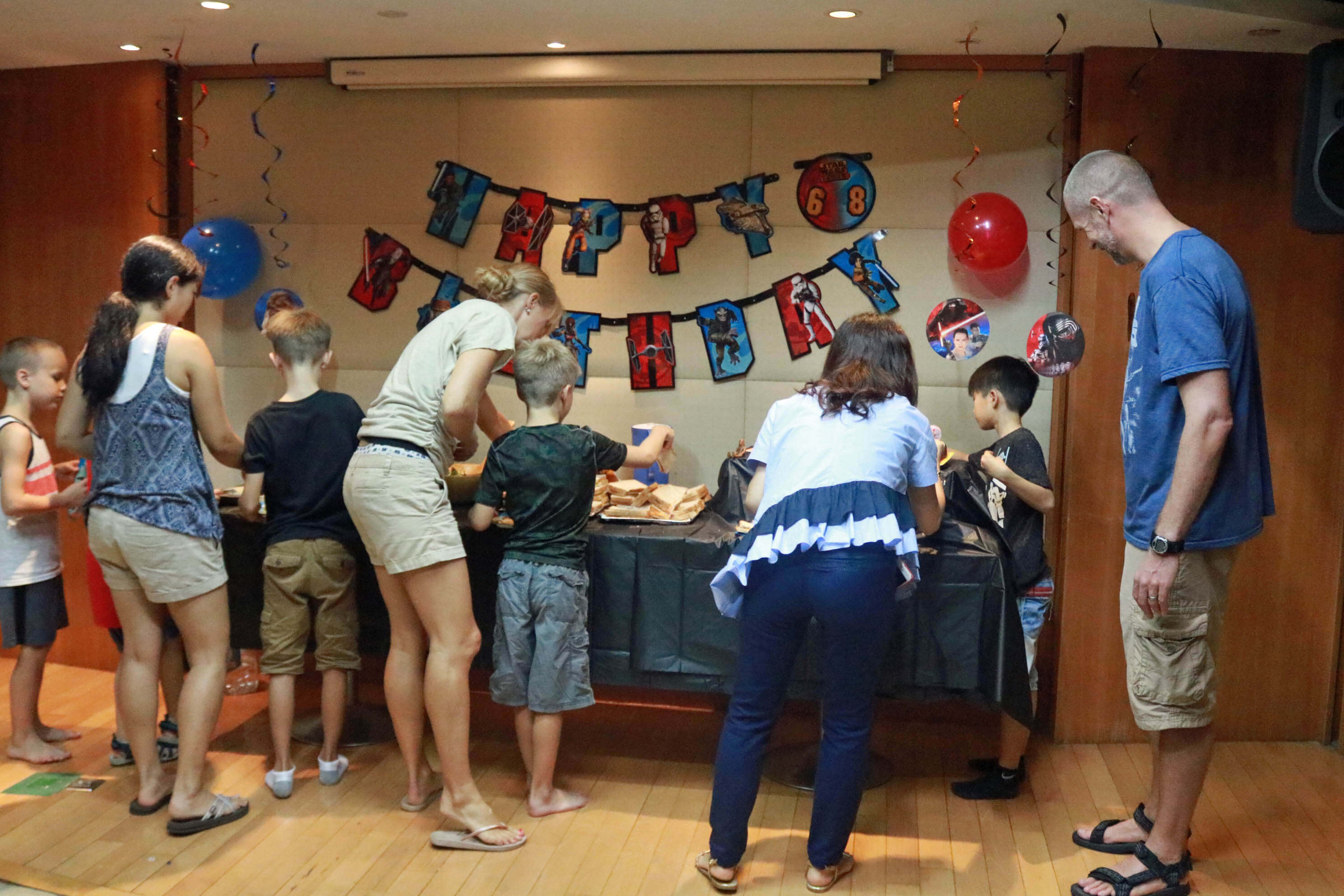 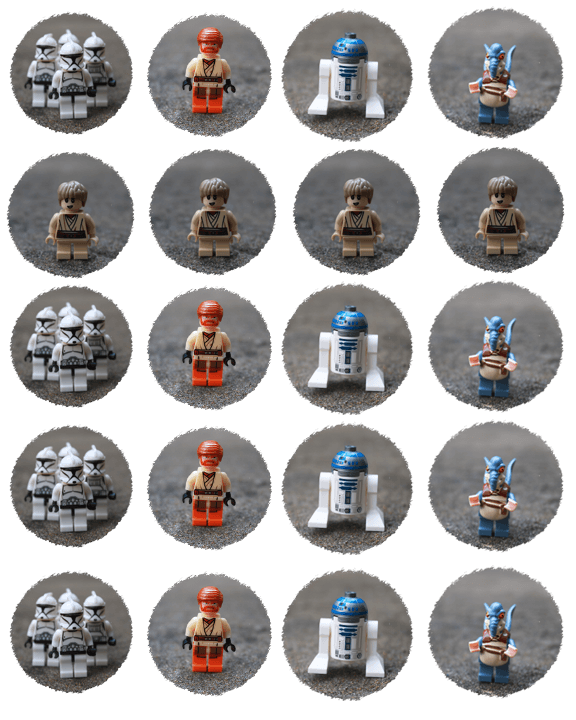 AND- come back on Monday… I’ll be sharing an easy sewing tutorial for making this Luke Skywalker tunic and other tips for putting this whole outfit together on a budget with items you already have in your house! We made this back in April for a school book character day.. and Jack got to wear it again at the party. It would make a great Halloween costume for a star wars loving kid that you know. Here’s the full Luke Skywalker costume tutorial. 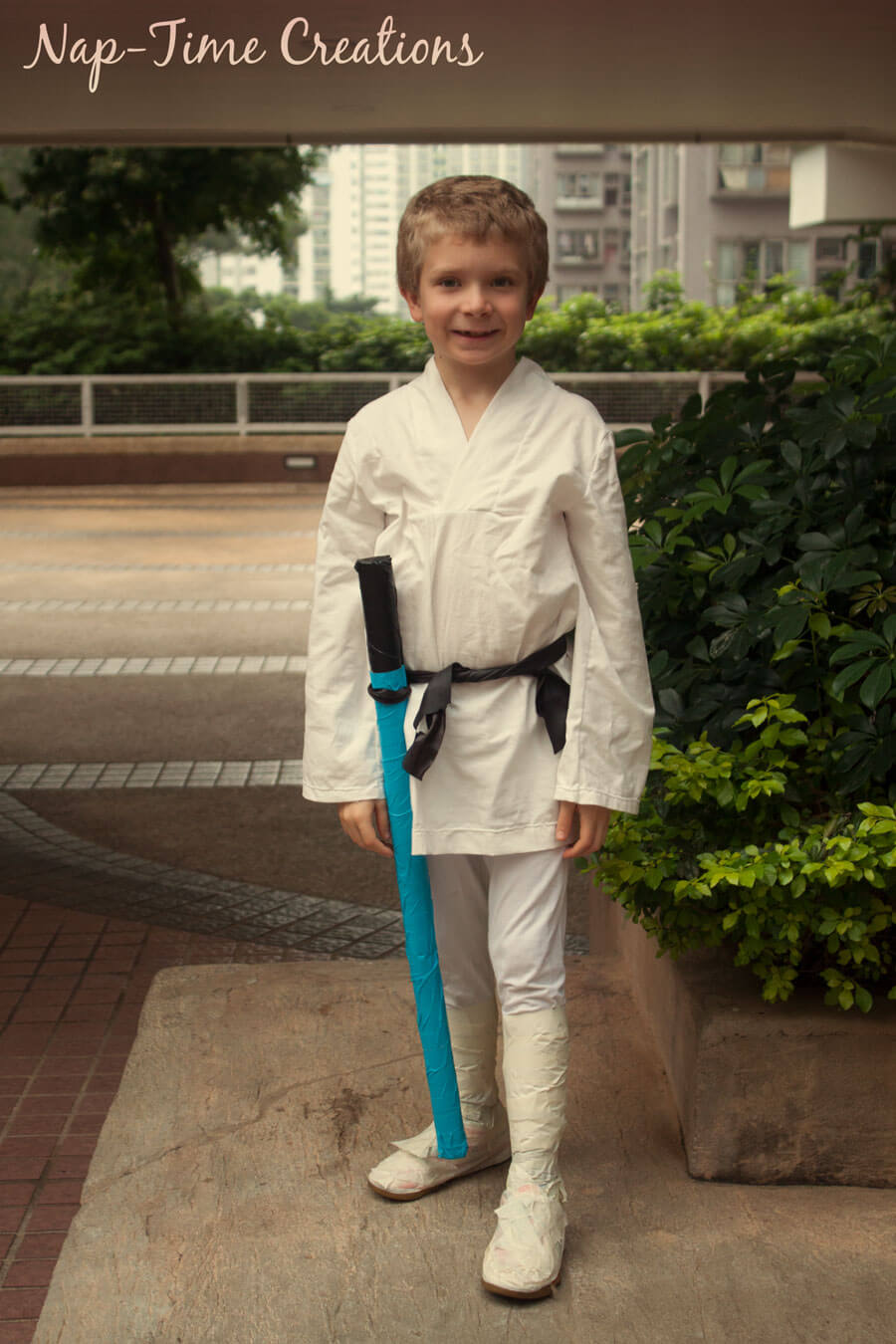 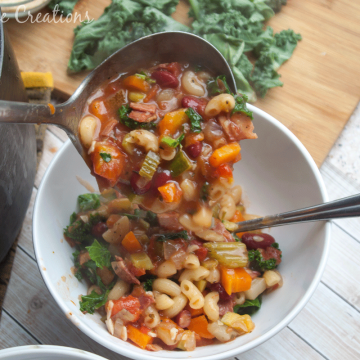 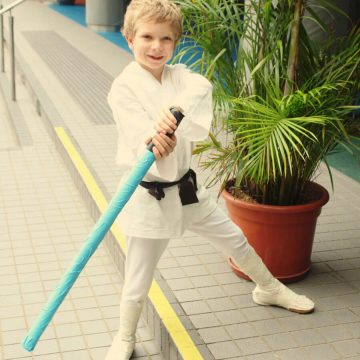