Home » Food » Green and Yellow Baby Shower…
My sister is due with her first baby in October. This summer was the perfect time to throw her a shower since we were all together. She doesn’t know what she is having, so we kept it gender neutral with two of her favorite colors as the theme. 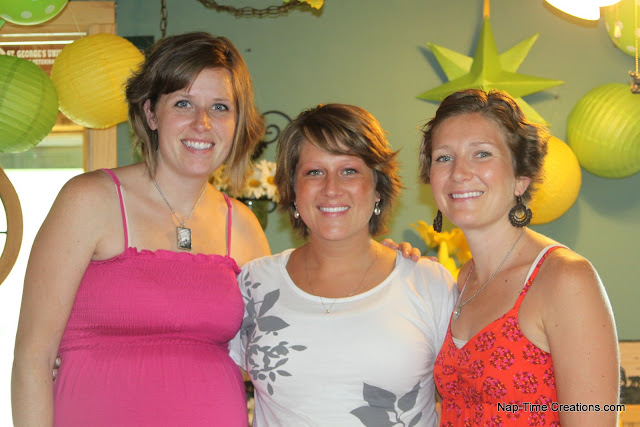 Here’s my sister-in-law(who co-hosted the shower) and sister with me. They are both pregnant…My sister in Oct and my Sister-in-law in Sept with TWIN GIRLS!
(did you see my facebook post about my haircut?)

We played a couple of games…. 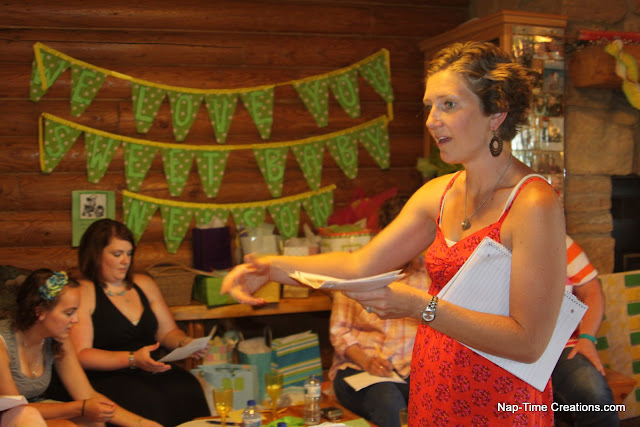 And now for the decor…. 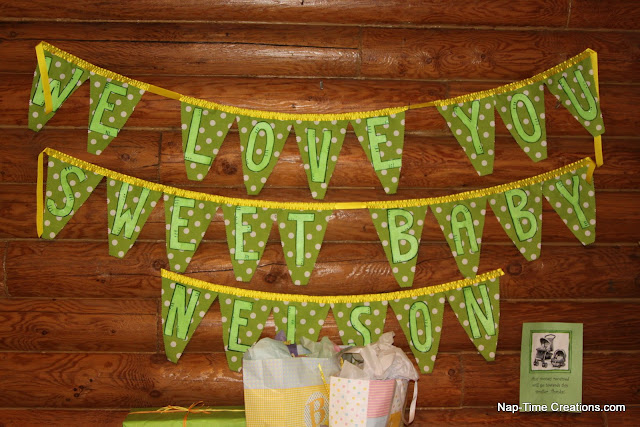 Today I’m going to share some of the decoration elements.
I made the above banner with fabric from a clearance bin, felt letters glued on top, and a little glitter glue for accent. I took each flag and sewed them with a loopy stitch to the yellow ribbon. I have enough supplies left to make the name of the baby once he/she comes to replace the last name in the sign.
1. paper lanterns from online order. 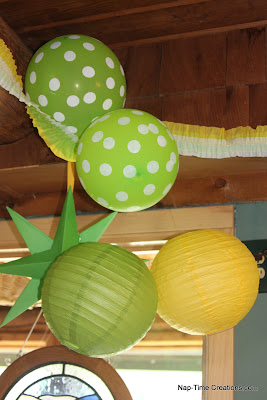 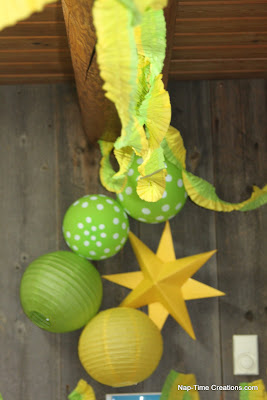 3. Paper stars (made by me) check out THIS tutorial.

4. and ruffled streams from the MADE blog. 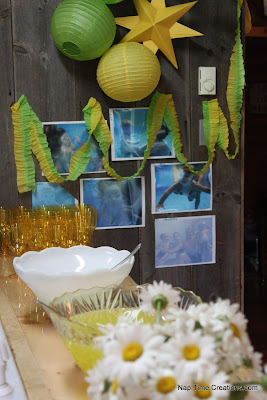 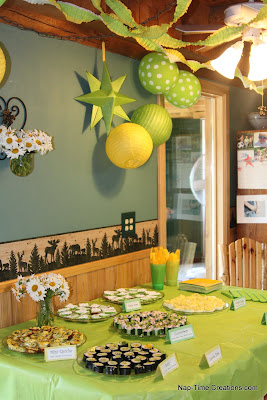 here is the link to all the party food recipes. 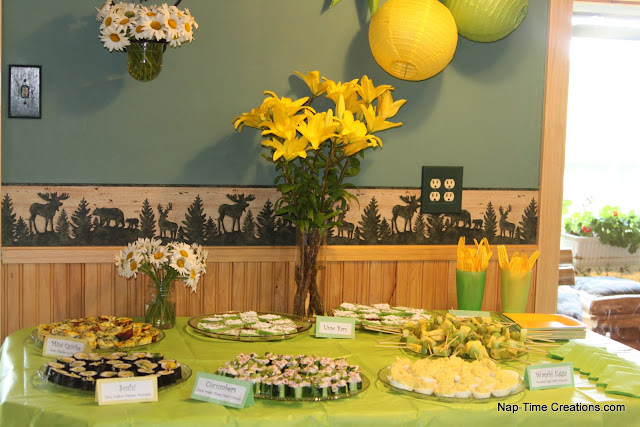