Our new place had curtains in all the rooms that were the goldish color on the left.  Our bedroom now has beautiful dark brown Roman Shades. I’m sharing a roman shade tutorial today.. 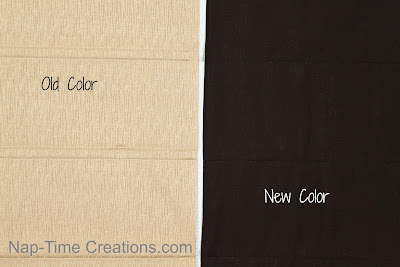 I found two large panel curtains in the clearance section at IKEA. I was able to cover three large Roman Shades and one small one from the two brown panels. 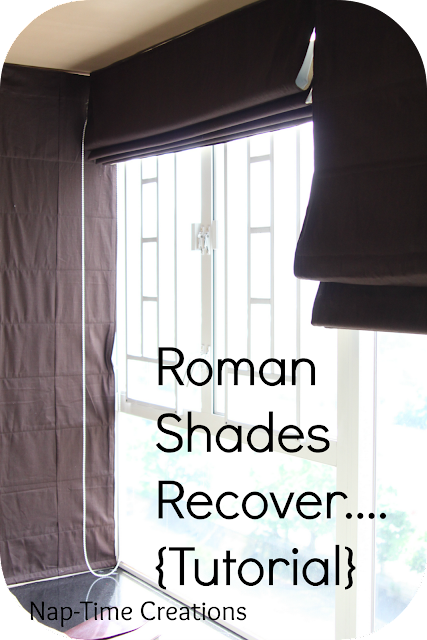 One entire wall in our room is covered in windows… 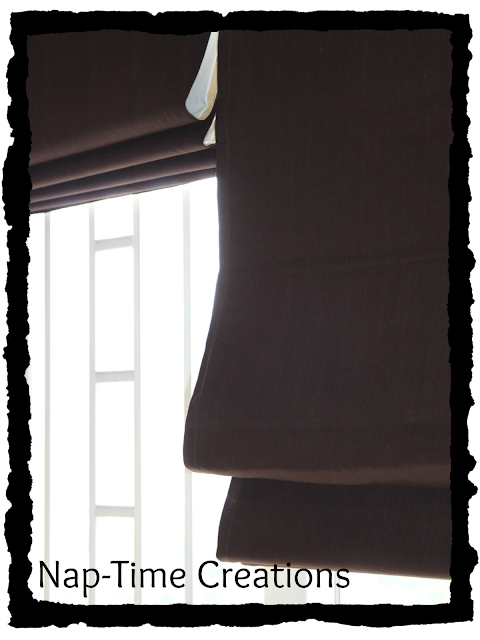 I don’t know if  anyone has Roman Shades/blinds that need a little sprucing… but, it is EASY to change them up! I am going to do the tutorial with a lighter fabric so it is easier to see. I also did the curtains in the boys room, so that is what you see here.
First, take the curtain off the rail and lay it flat on the floor. You need to create a panel of fabric the same size as the shade. 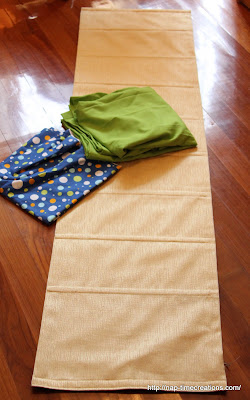 I used two colors, so I had to measure the two colors for the length. I didn’t worry about the width (yet). 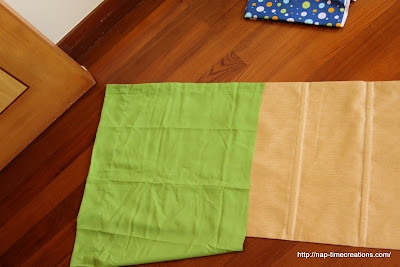 I sewed the blue dots in the middle… On the brown panels I had to piece together the fabric because I was running out, so I used the same idea to put two smaller pieces together. 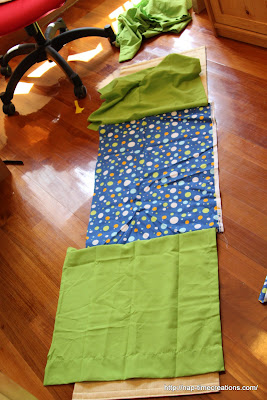 I didn’t worry about the width because I just folded under the edge and pinned it down. The top and bottom where hemmed, (If you are using a pre-made curtain panel you can re-use the hems from them) so those I just pinned down and then the two sides. I folded it under like this. 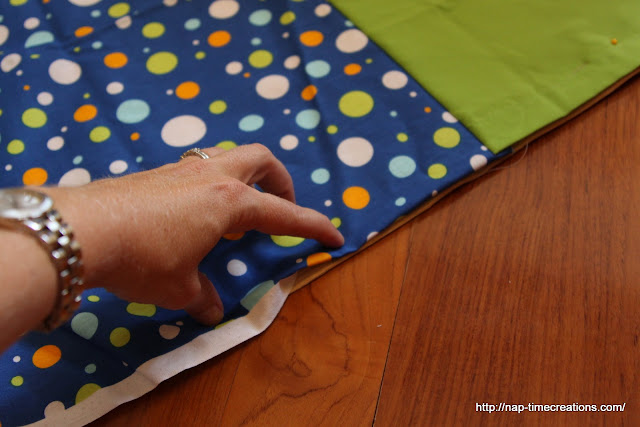 GO CRAZY with the pins all over the top.

When I did the first panel I thought I could keep the rods inside, but very quickly I realized that there was no way to get close enough to the sewing machine with the rods still in it (ha).  SO, next step after its all pinned is to take out the metal rods. 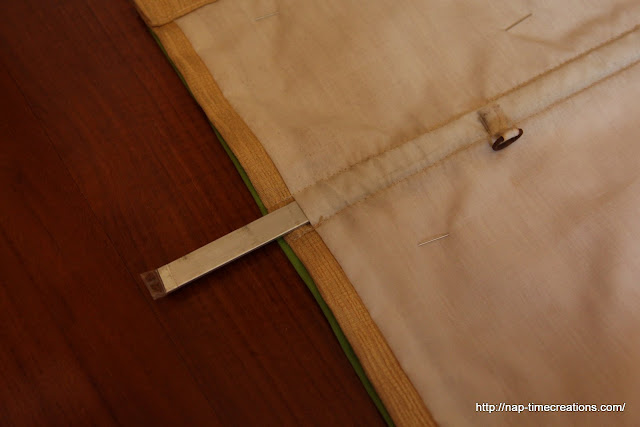 Flip over to the back side and sew on the seam of the rod casing. I was able to just sew on one of the two seams. Even with only one seam the shades still folds as it should. After you have sewed all the seams across the width, sew around the outside. I flipped the panel over to sew around the perimeter. I wanted to make sure that the seam that was showing around the outside was neat and sewing on that side helped me to do that. 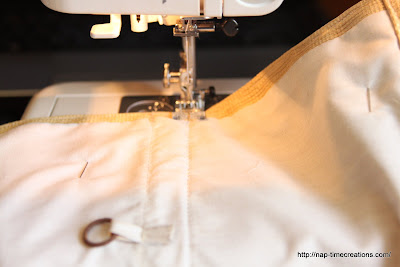 My boys had fun helping me to take out the kajilion pins! 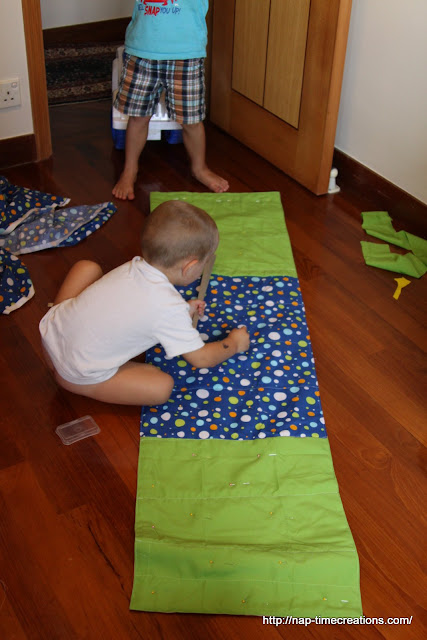 And finally… hang it back up, stand back and enjoy your handywork! 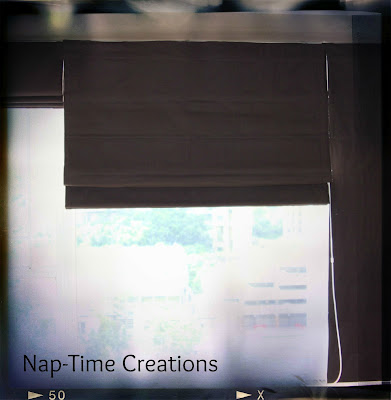 I’ve seen lots of great DIY roman shade tutorials.. this one is for exsisting shades… that you just want to change up!
Have you checked out the other bedroom week tutorials: