I’m thrilled today to be part of my first pattern tour!! I’ve been wanting to be part of one for awhile now, so when Chelsea asked me if I would hers I said YES so fast! Then, I realized it was for a girly nightgown and I also realized I have two boys… so, small problem…{ha!} I have lots of friends with girls though so we tracked down one who was willing to pose for photos and I sewed up this fun Shortie Nightgown! It was really a fun pattern to sew. Let me present: the Shortie Nightgown! 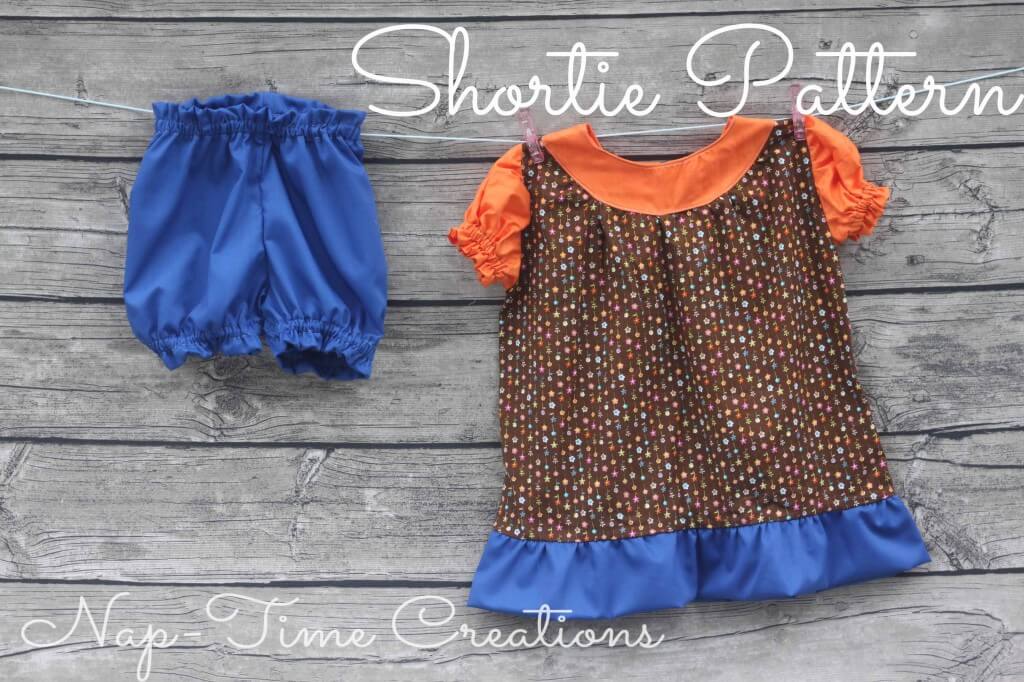 I had a ton of fun making this because I used primarily fat quarters to sew it! 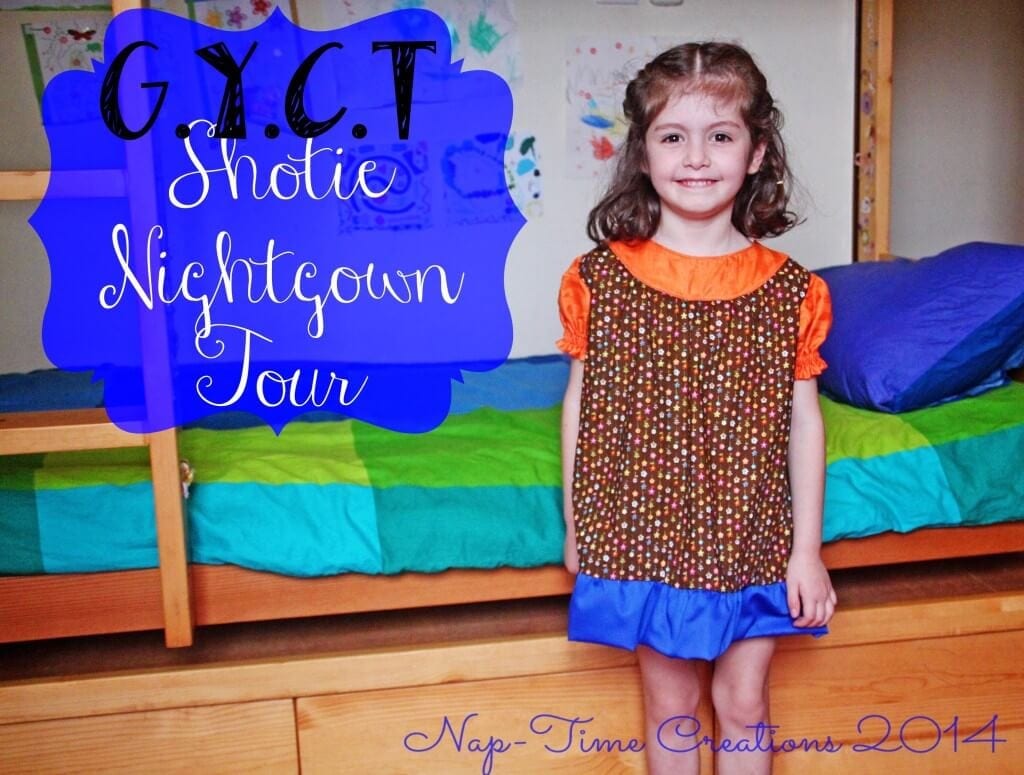 The front is one, the back another. The orange at the top and blue bottoms were coordinating fabric I had on hand. The 5T pattern pieces all fit on fat quarters, I just didn’t have enough that all went together. So I added the orange and blue fabric too. 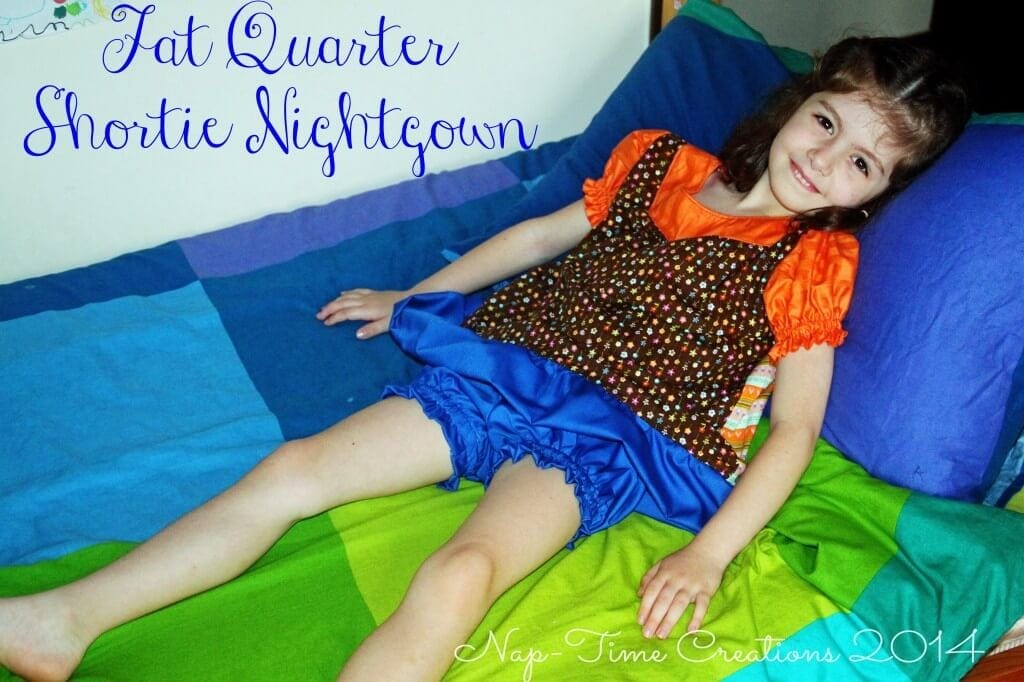 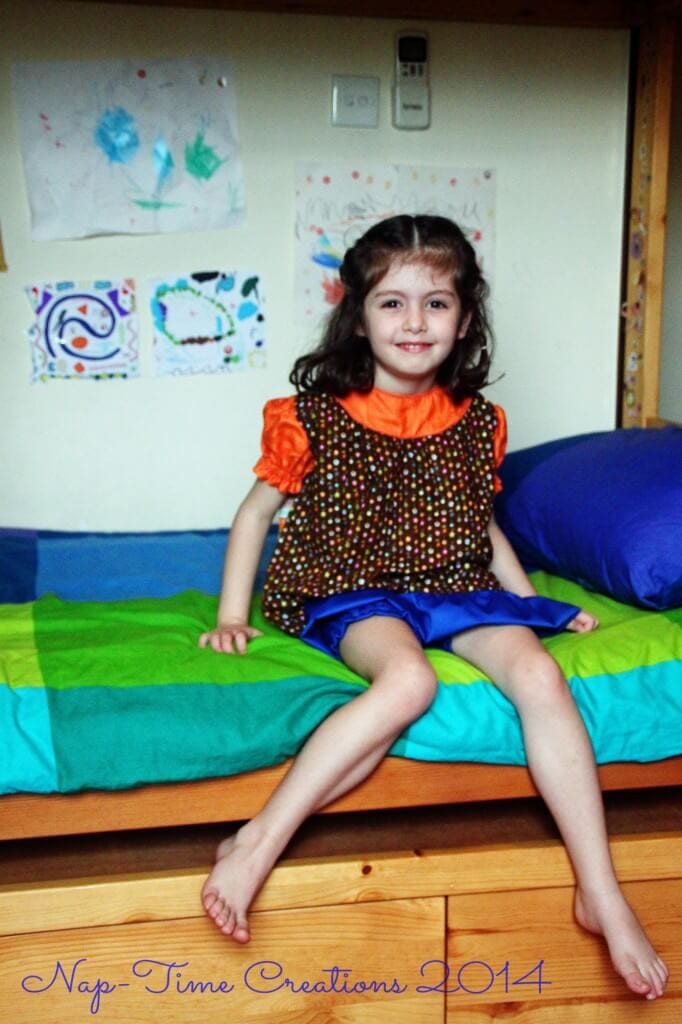 I would make this pattern again in a second. The directions were clear and the pattern fairly easy to sew.  I can be worn with the bloomers or just as a night gown. I love the sleeveless option too {although I didn’t end up going with it. 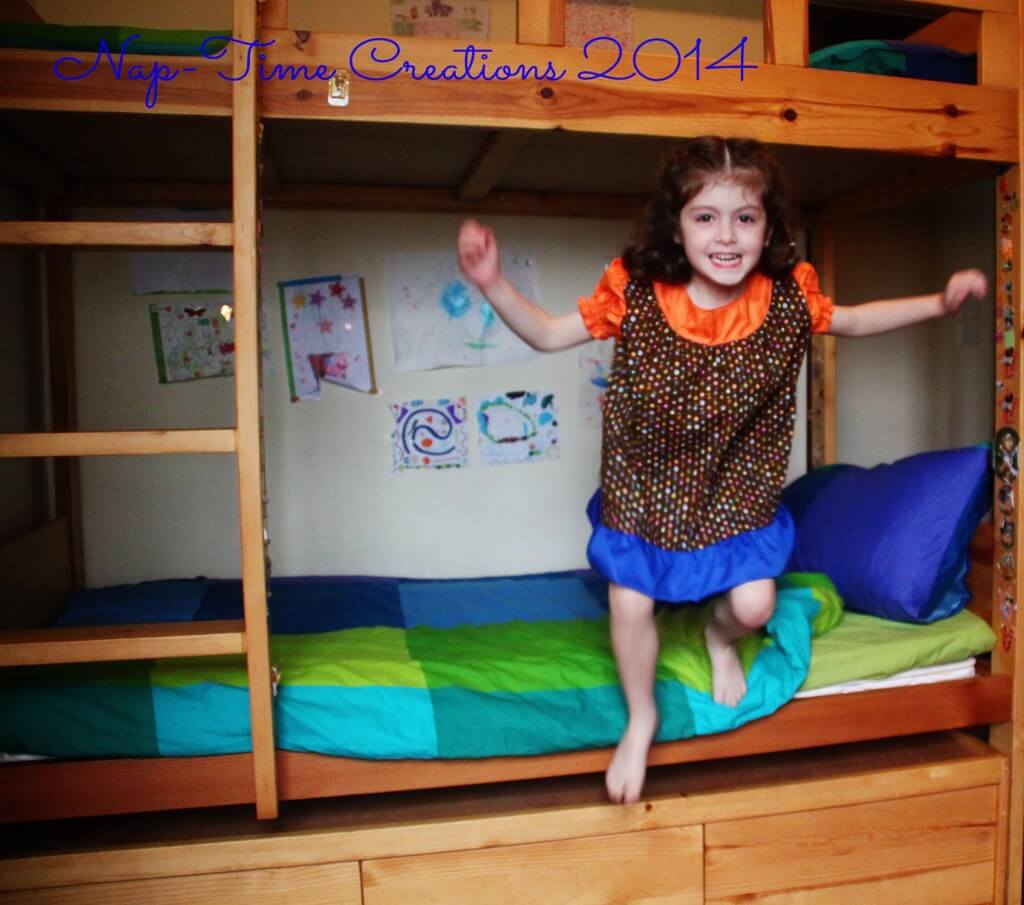 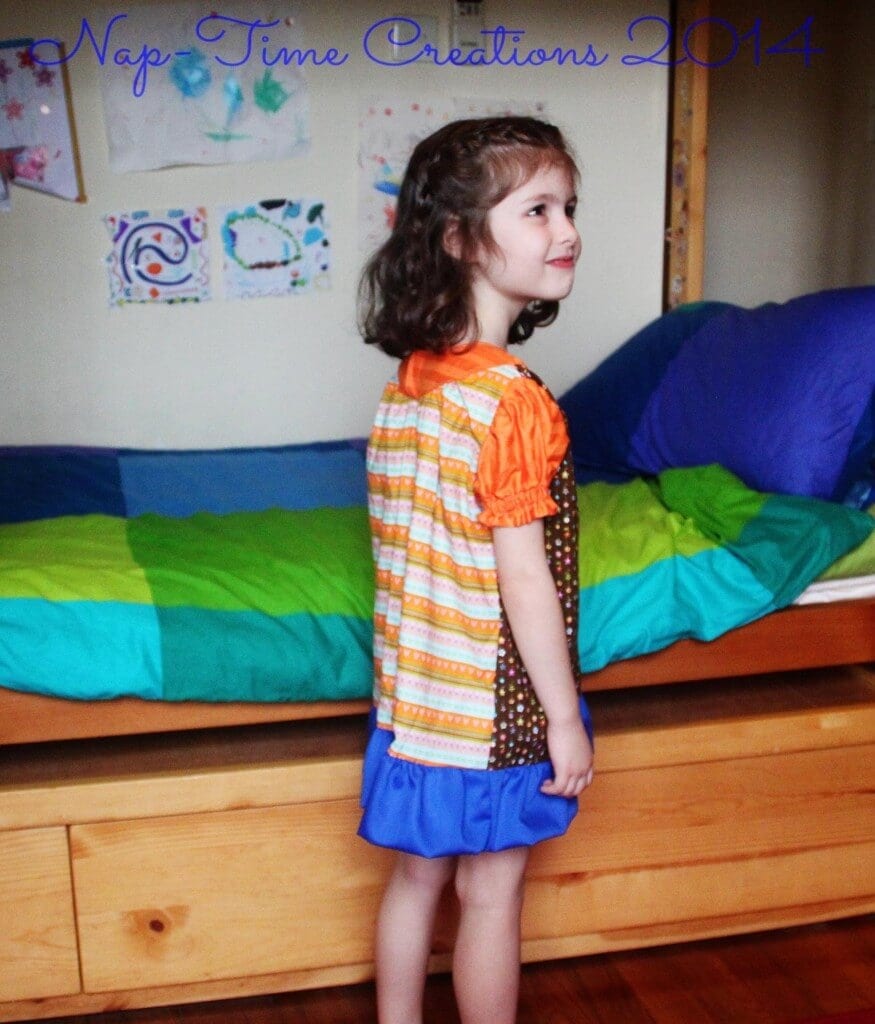 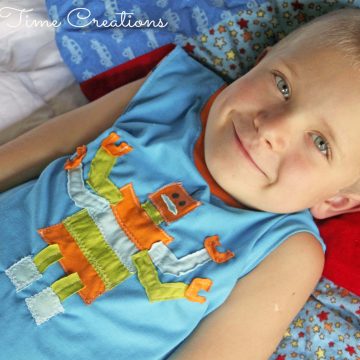 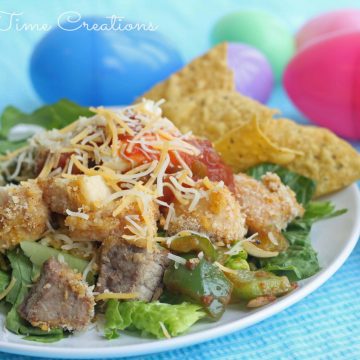