I’ve been wanted to make stuffed felt letters for awhile now after seeing an alphabet made with them. The version I saw was a whole set for letter play, but these felt letters just make a cute and easy Valentines decoration. I made for large felt letters to spell LOVE and then attached to a string to make a Valentines banner and today I’ll show you how you can make one too. 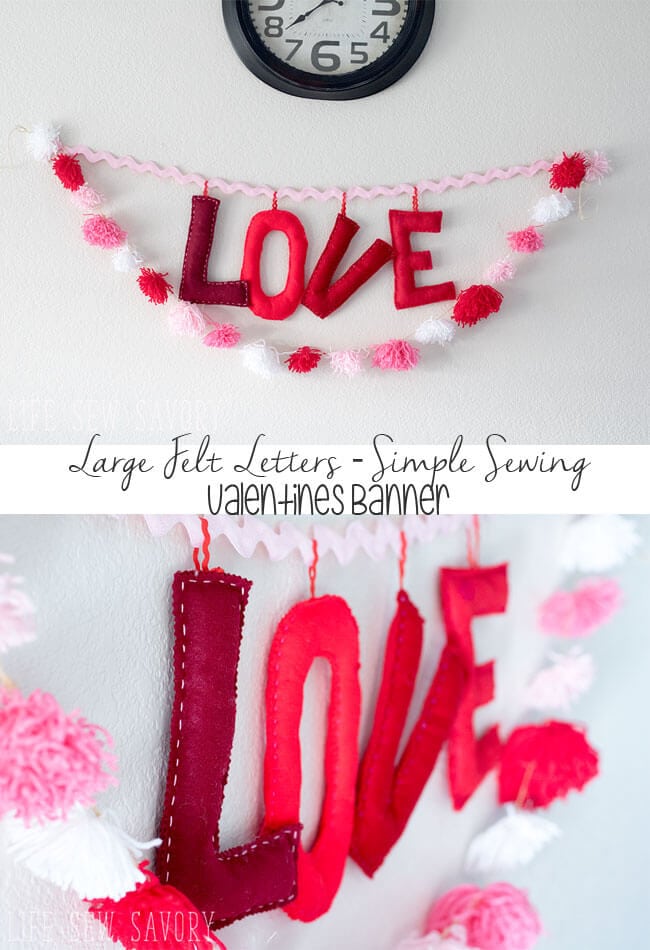 This Valentines banner didn’t take super long as I only had to make four letters. I’m a bot obsessed with making these felt letters though now, so I may have to spell other words {haha!} L O V E hung on giant ric rac makes a pretty cute valentines banner… 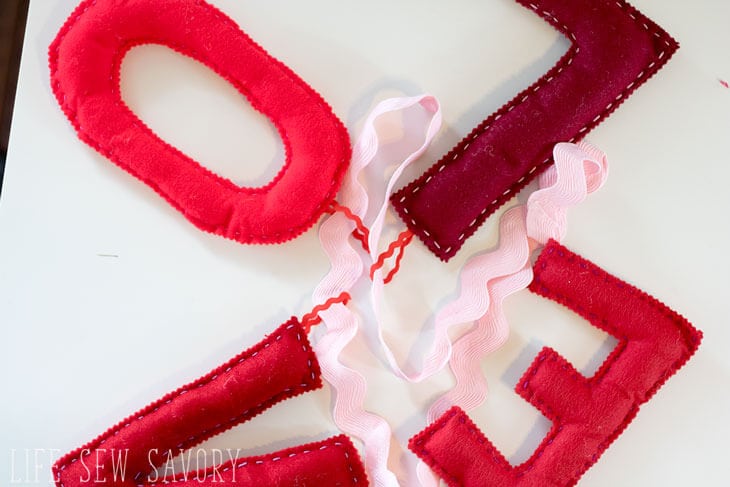 I’ve hung these large stuffed felt letters above my sewing work space {also my daughters coloring table} I made the pretty pom poms too, but I’ll talk about those in another post later this week. 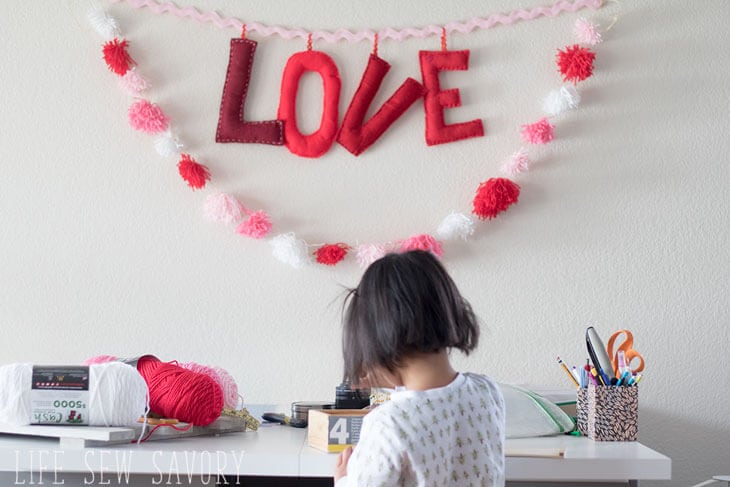 Today we are focusing on how to make felt letters and what you can do with them. 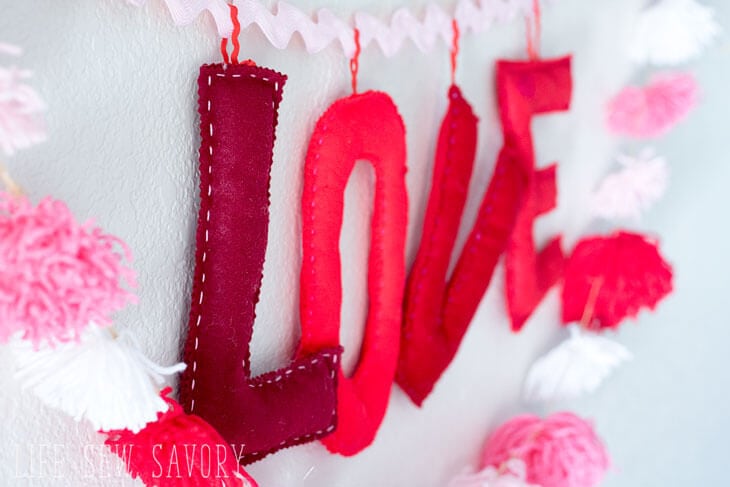 Let’s start with the how to… you may have already taken one look at my photo and knew how you could make these too, but if you need a bit of help here are some photos along the way… I first cut out the letters from red felt scraps I already had… You can free hand cut the letters or if you want them perfect you could print out letters on paper and trace to the felt. 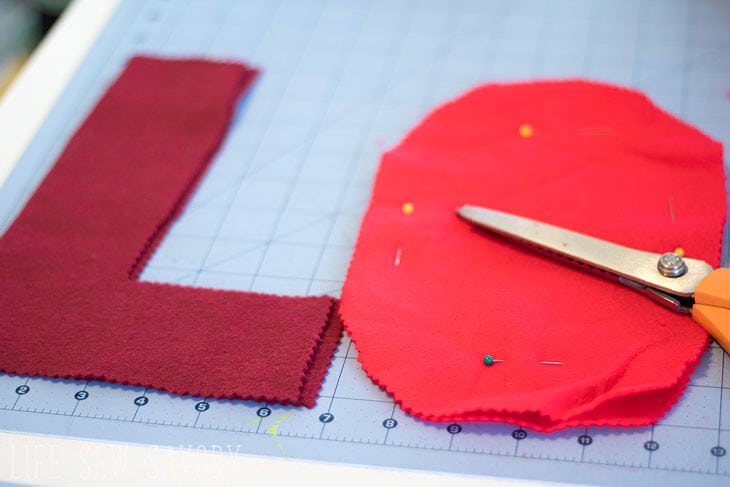 Cut 2 of each letter that you want to make. 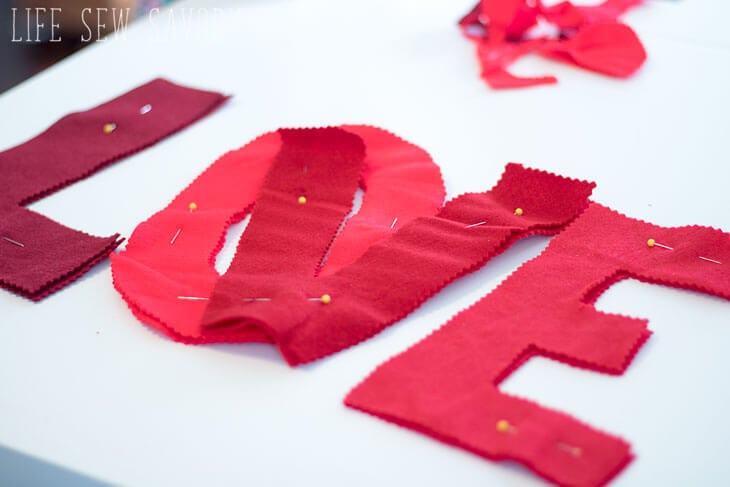 I love the way the hand stitching stands out on each letter, but you could also sew these on a sewing machine. Either way, place several pins to hold the 2 layers of felt together while you are sewing. 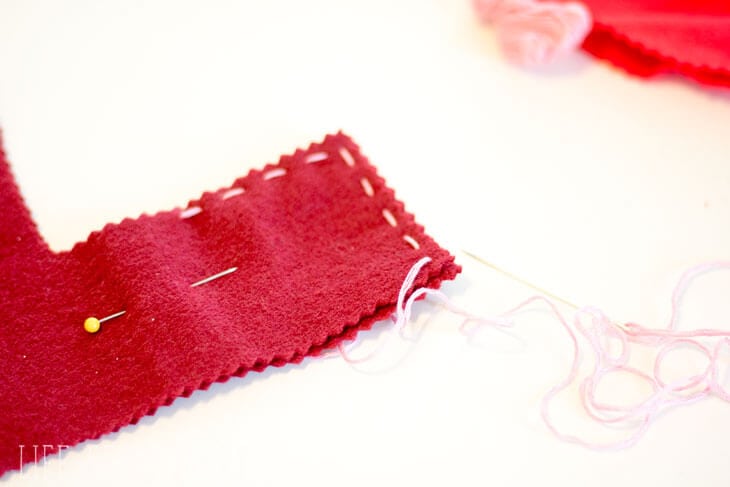 Leave a couple inch opening on the letter. I like to leave the opening in a place that’s convenient for stuffing all parts of the letter. 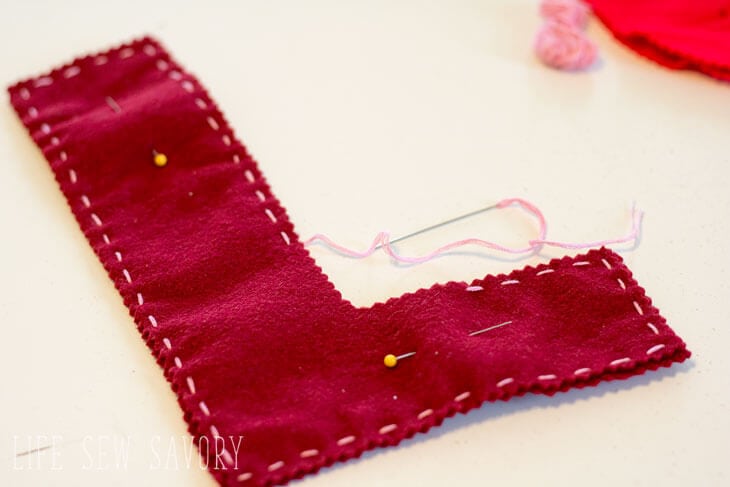 Then grab your fiber fill and get stuffing. I used a large knitting needle to help push the filling in. 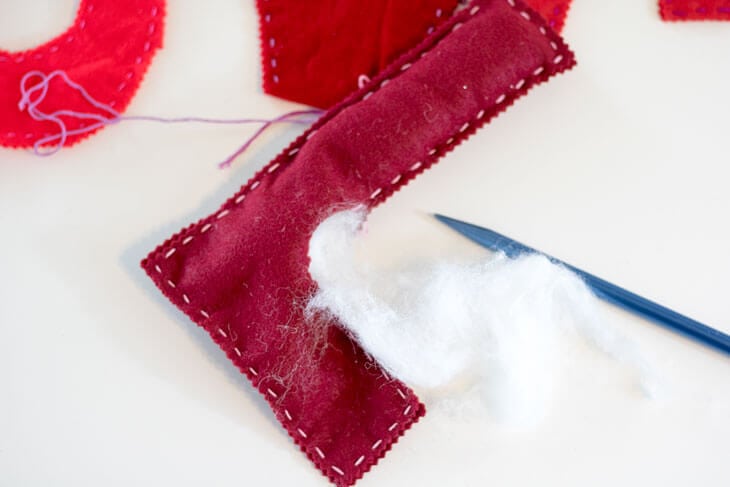 Then close the gap with a bit more sewing. 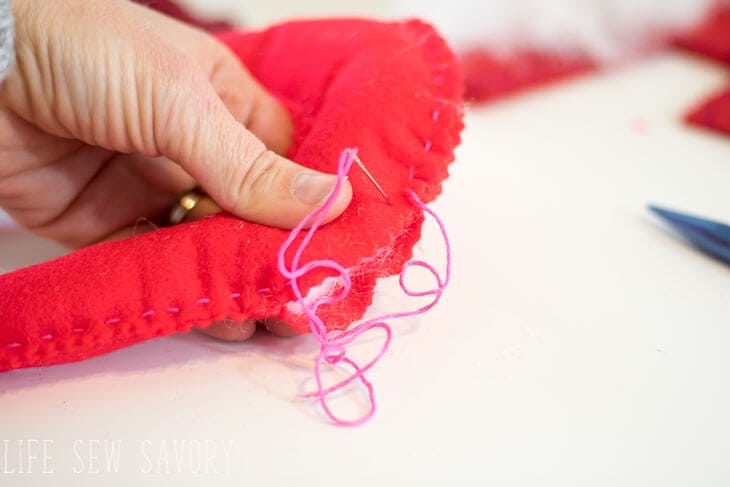 Hot glue some cut ric rac for a hanger… 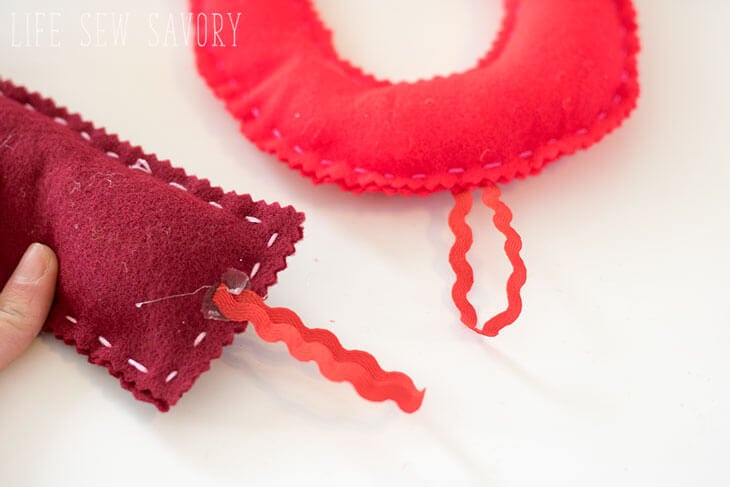 String the letters on some jumbo ric rac for an instant banner. The ric rac is so big that my letters stay in place just hanging on the big “bumps” so I didn’t tie or glue them in place. 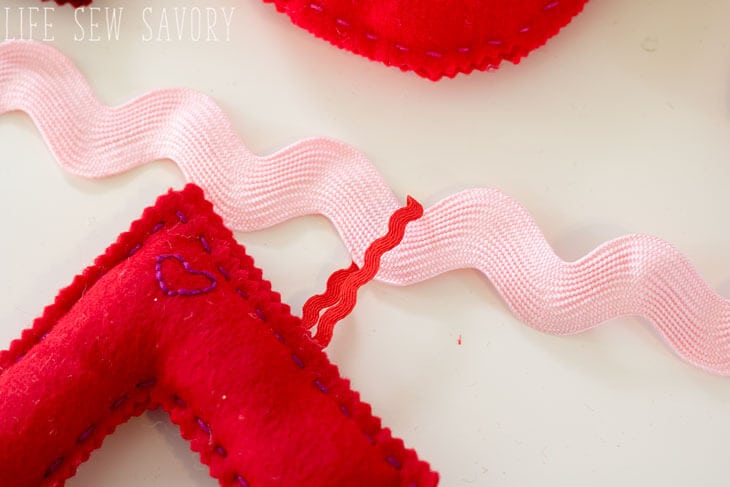 Hang from your mantle or on a wall and enjoy your cute stuffed felt letter banner! I didn’t pack many of my seasonal decorations when we made our big move so I’ve been happily creating new seasonal decor this year.. 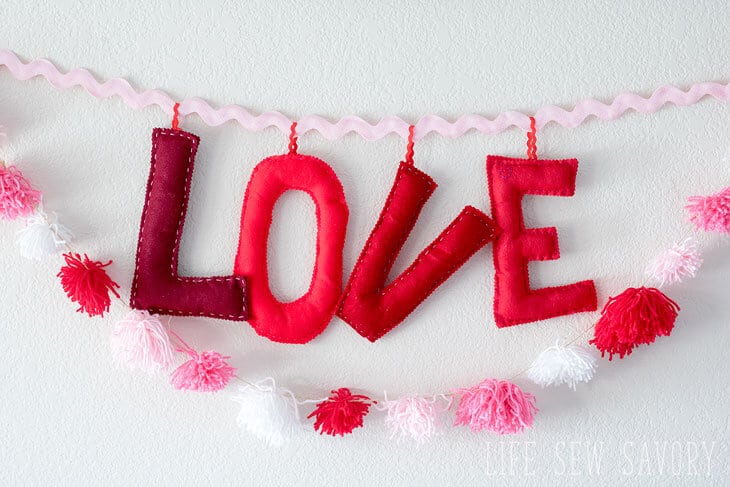 Wednesday I’ll have another fun Valentines crafty project for you… and talk a bit more about these pom poms.. although if you are dying to make some I used my simple pom method.. 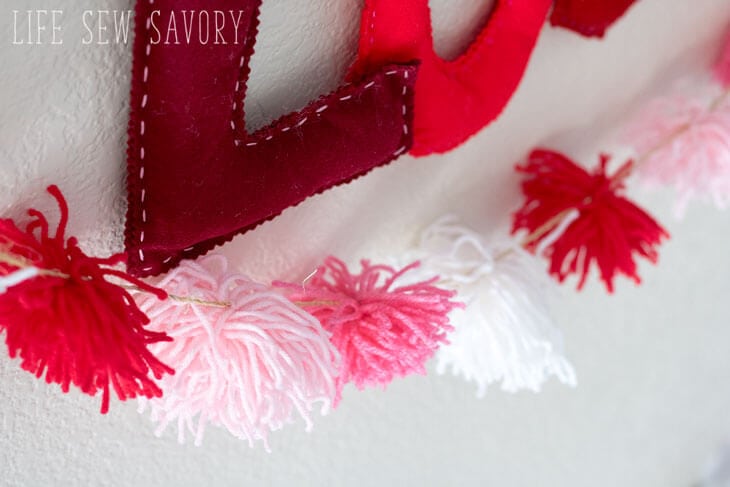 here are some other fun Valentines Projects… 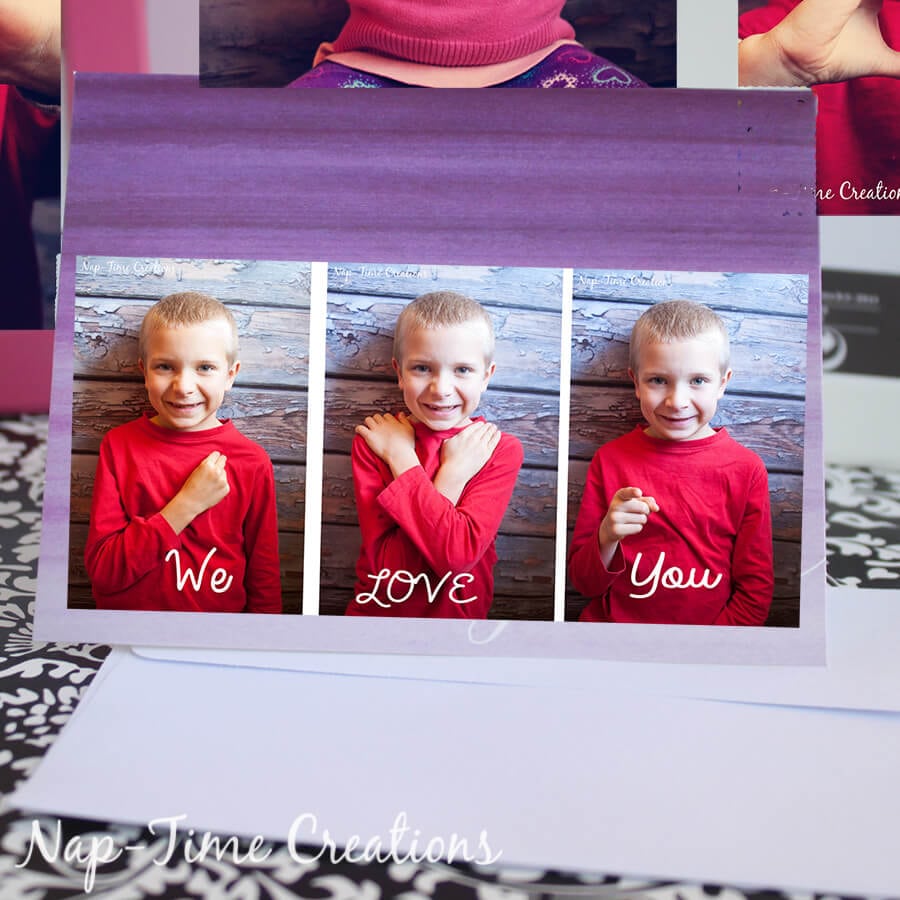 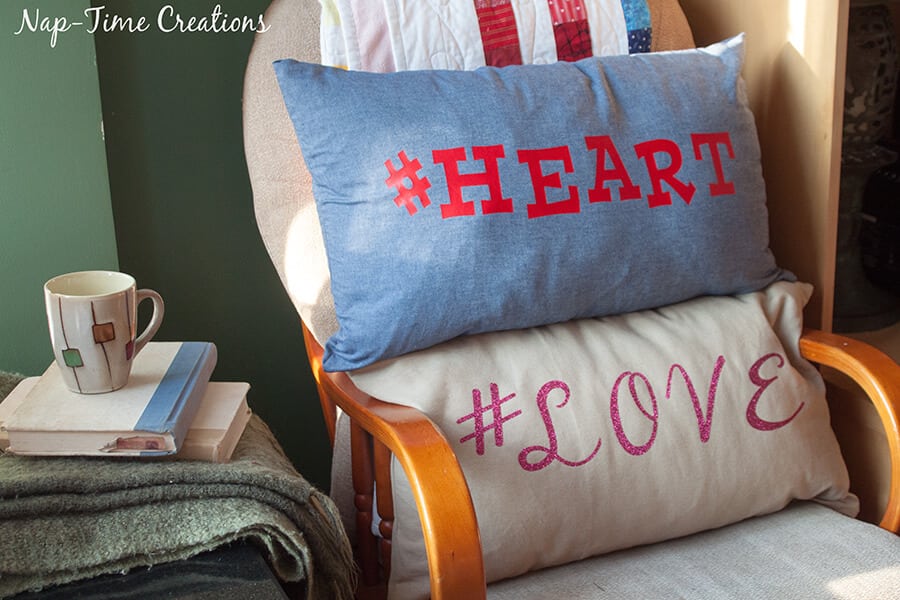 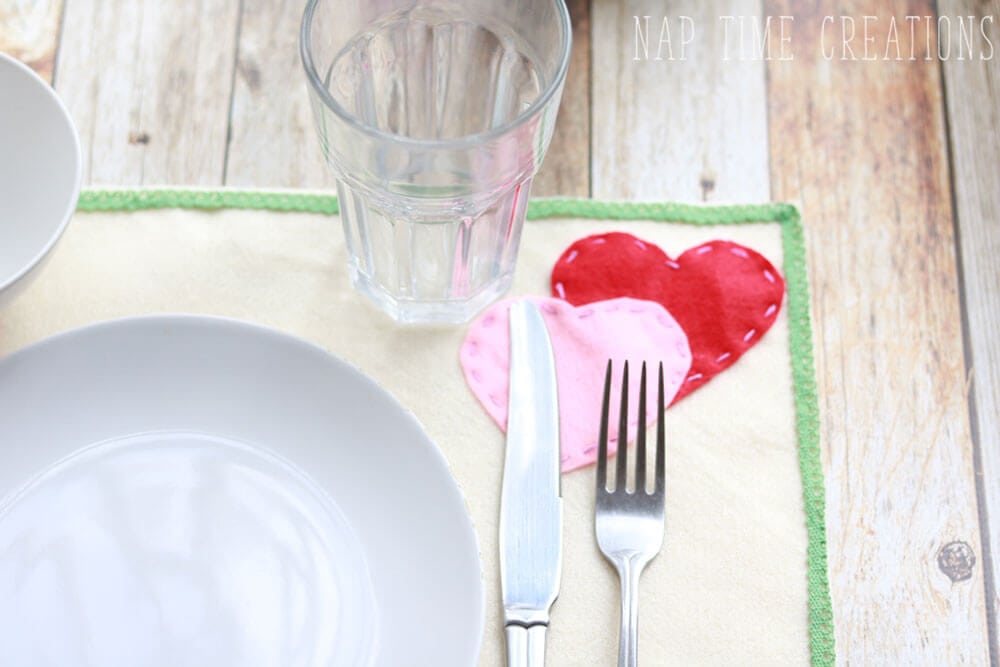 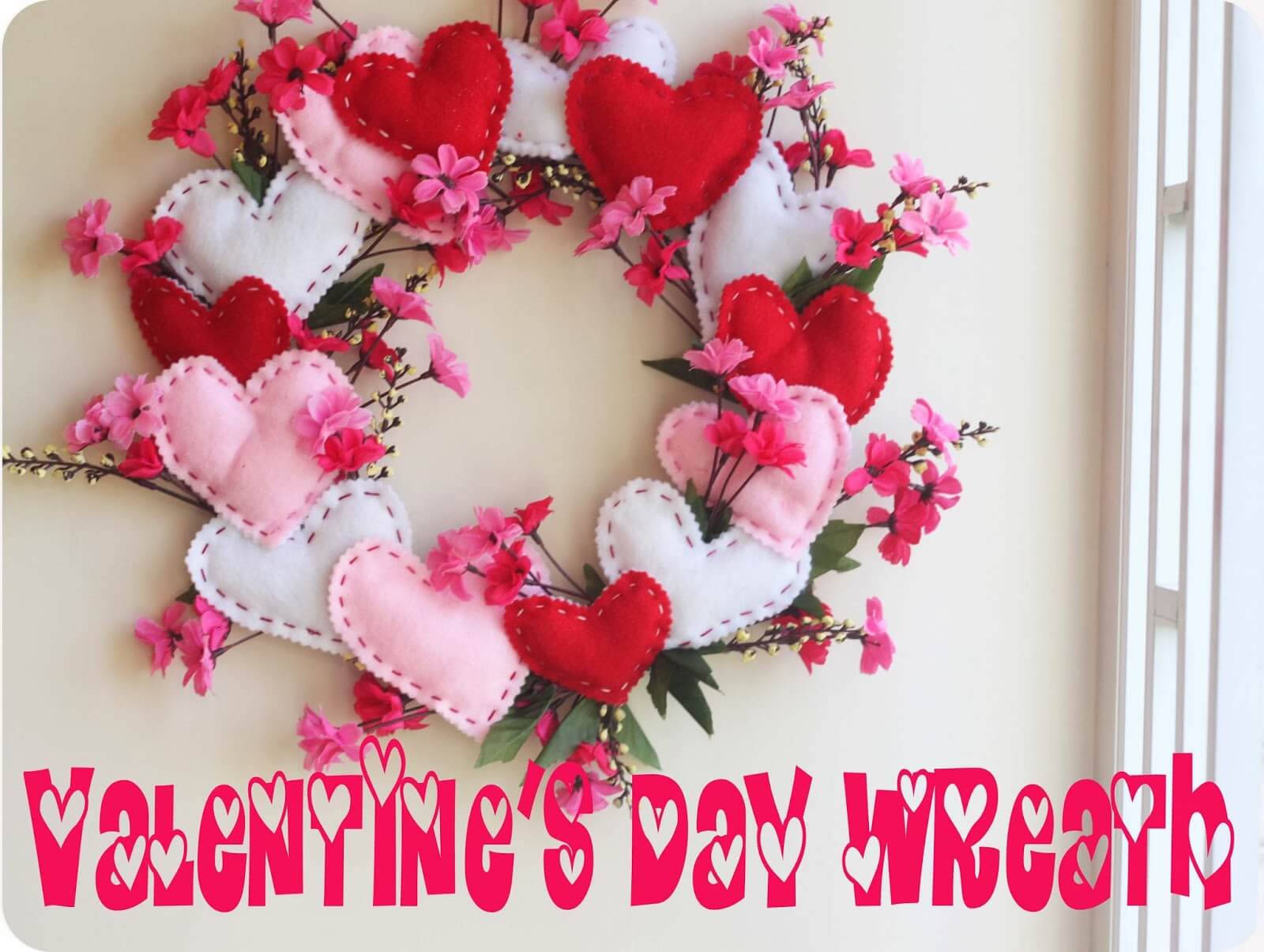 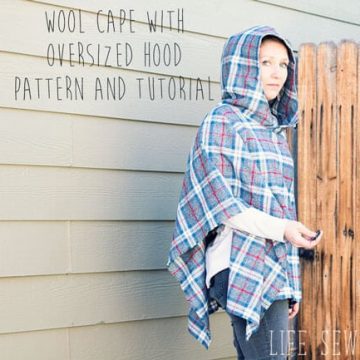 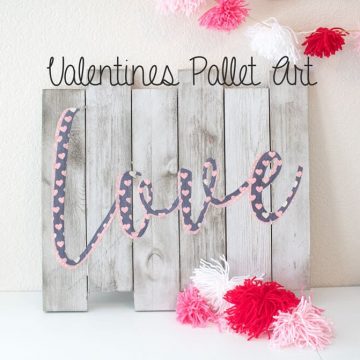