Home » Crafts For The Home » DIY Piping Sewing Tutorial + Video
This DIY piping sewing tutorial is so easy, anyone can make their own piping and use it to customize your sewing projects. It’s easy to customize the fabric and size of piping for your next project. Adding the perfect piping can give a project a huge wow factor.  Here are two pillows… on the left packaged piping and the right is the piping I made. 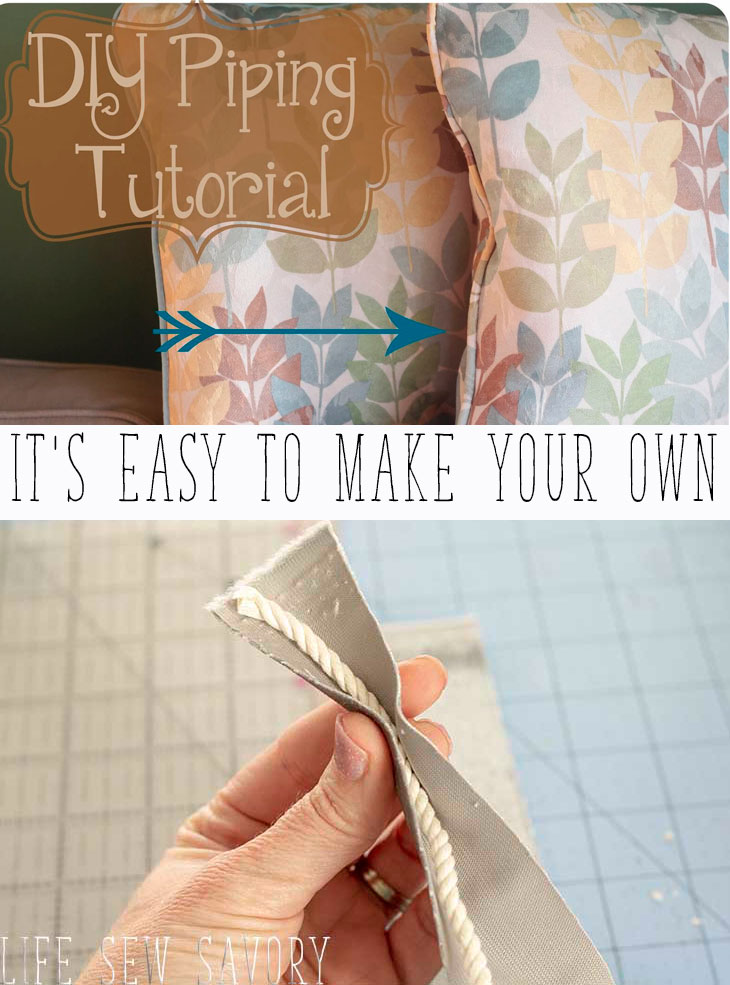 I’ve never sewn with piping before, shocking yes, {I know!}…But I went big on my first attempt….
I recently redid my living room couch cushions. {I’ll show you finished results tomorrow} I purchased the fabric on sale over the summer and picked up two packages of piping as well. Somehow in my head that would be enough… well, when I actually got into the project, those two little packages were only enough for two pillows… and I wanted to make FOUR… so I decided to make some DIY piping!
It was SO easy in the end.. today I’m going to show you how I put the piping together. {tomorrow we will get to a full tutorial of putting the pillow together}
You will just need fabric and cotton rope to make your own piping. 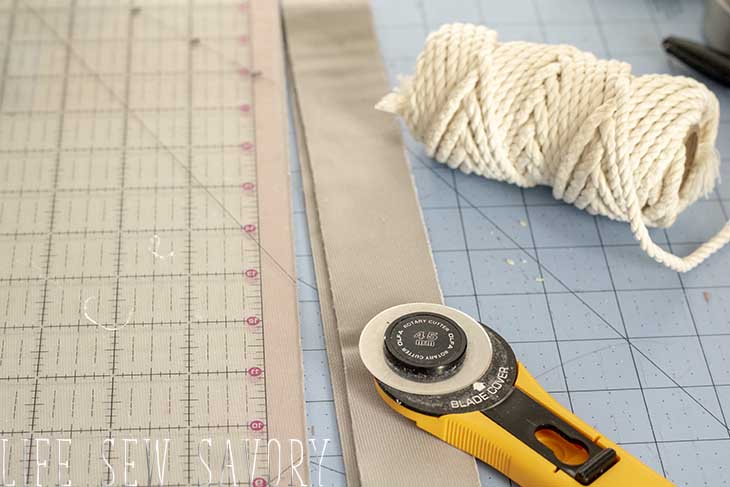 Start by cutting a long and thin piece of fabric. You can either use the same fabric as your main sewing project or a coordinating color. I measured around the edge of the pillow and then cut it that long x 1 1/2″. 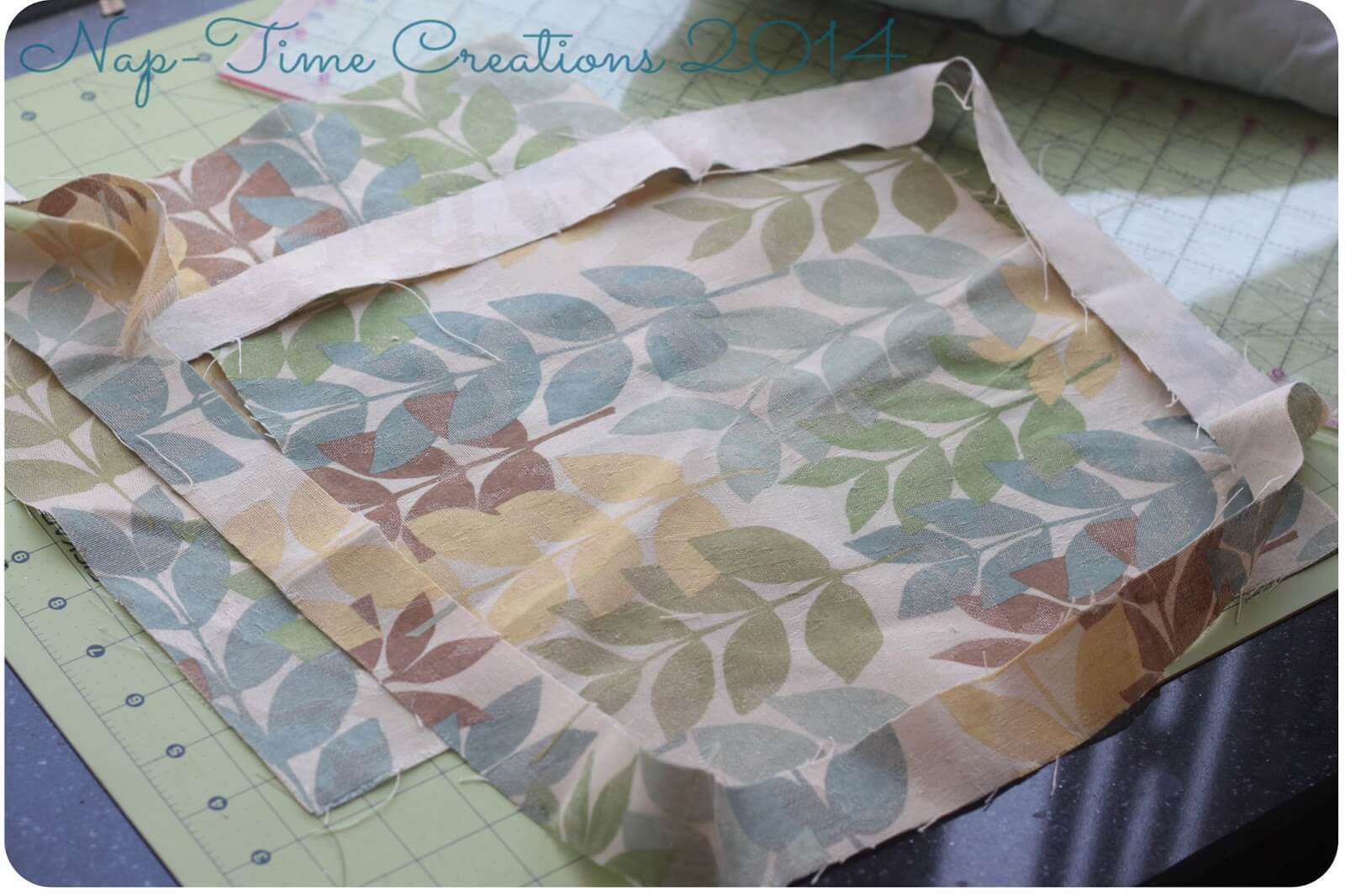 I wanted it to be a fat piping, so I pulled a pretty thick cotton rope from my stash. But you can use ANY size rope {or even no rope} to achieve the piping look you want. 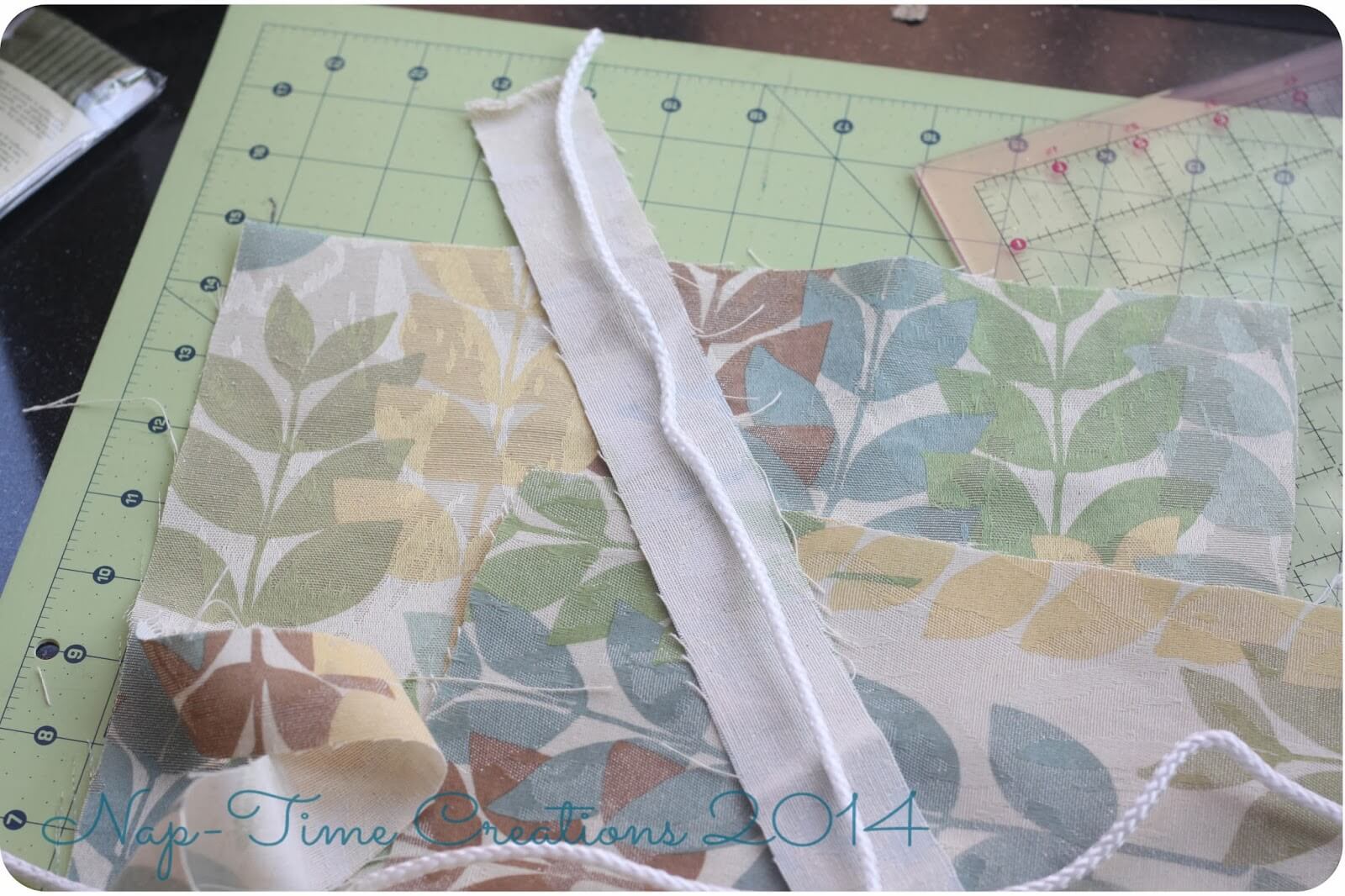 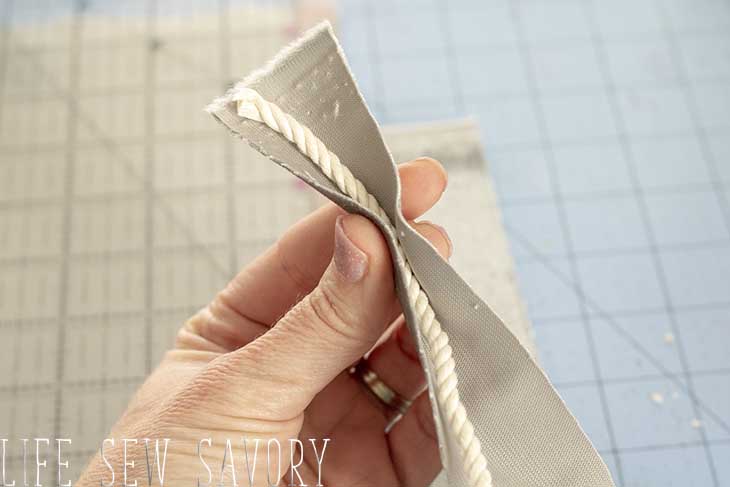 Use a sewing machine foot that allows you to sew close to the rope. I used my zipper foot. I also align my needle to the left to get closer to the rope. 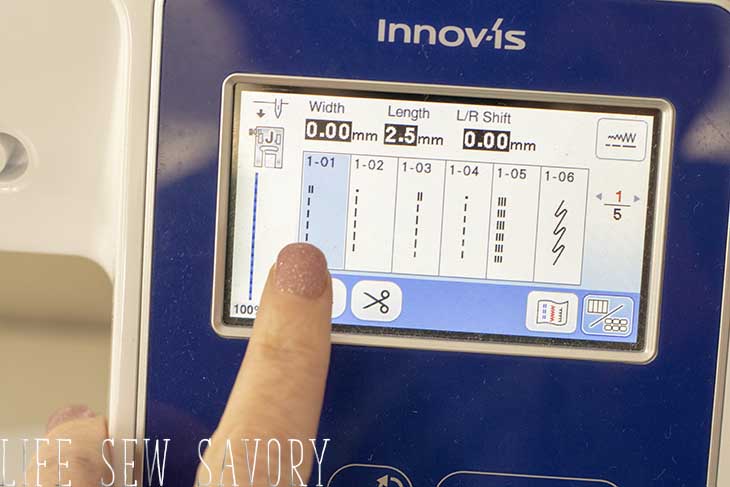 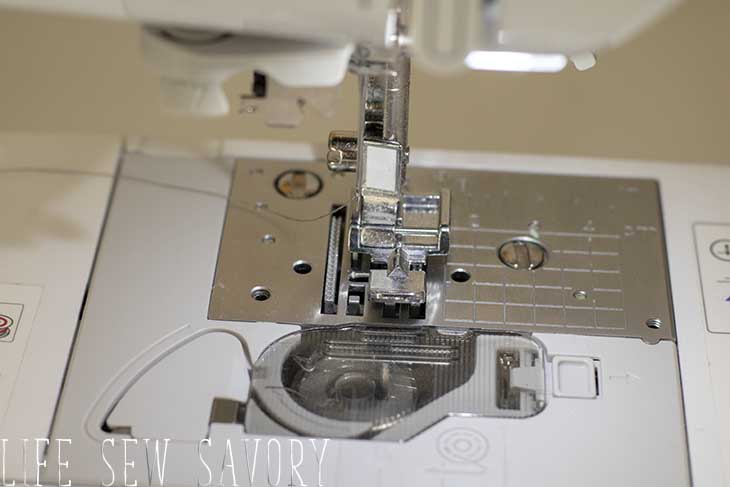 Here’s a short video that shows how to put it together. 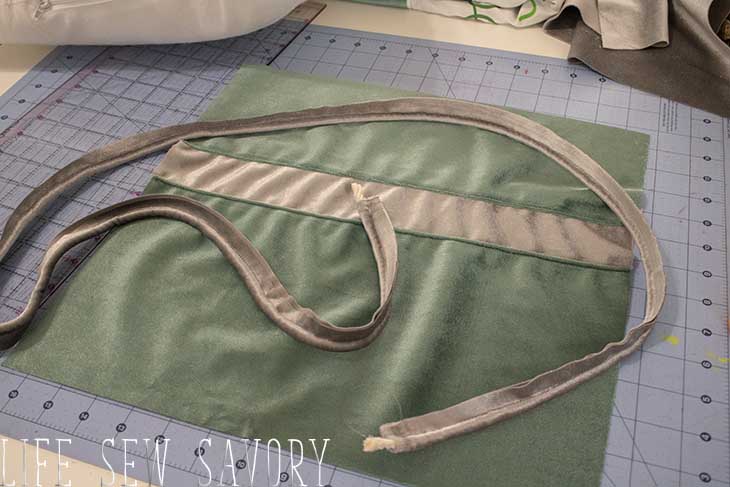 Okay, now you have a rope sewn into fabric! If you know how to sew piping, now you can use it… if you aren’t sure what to do now, head on over and check out my tutorial on using this to make beautiful throw pillows.. 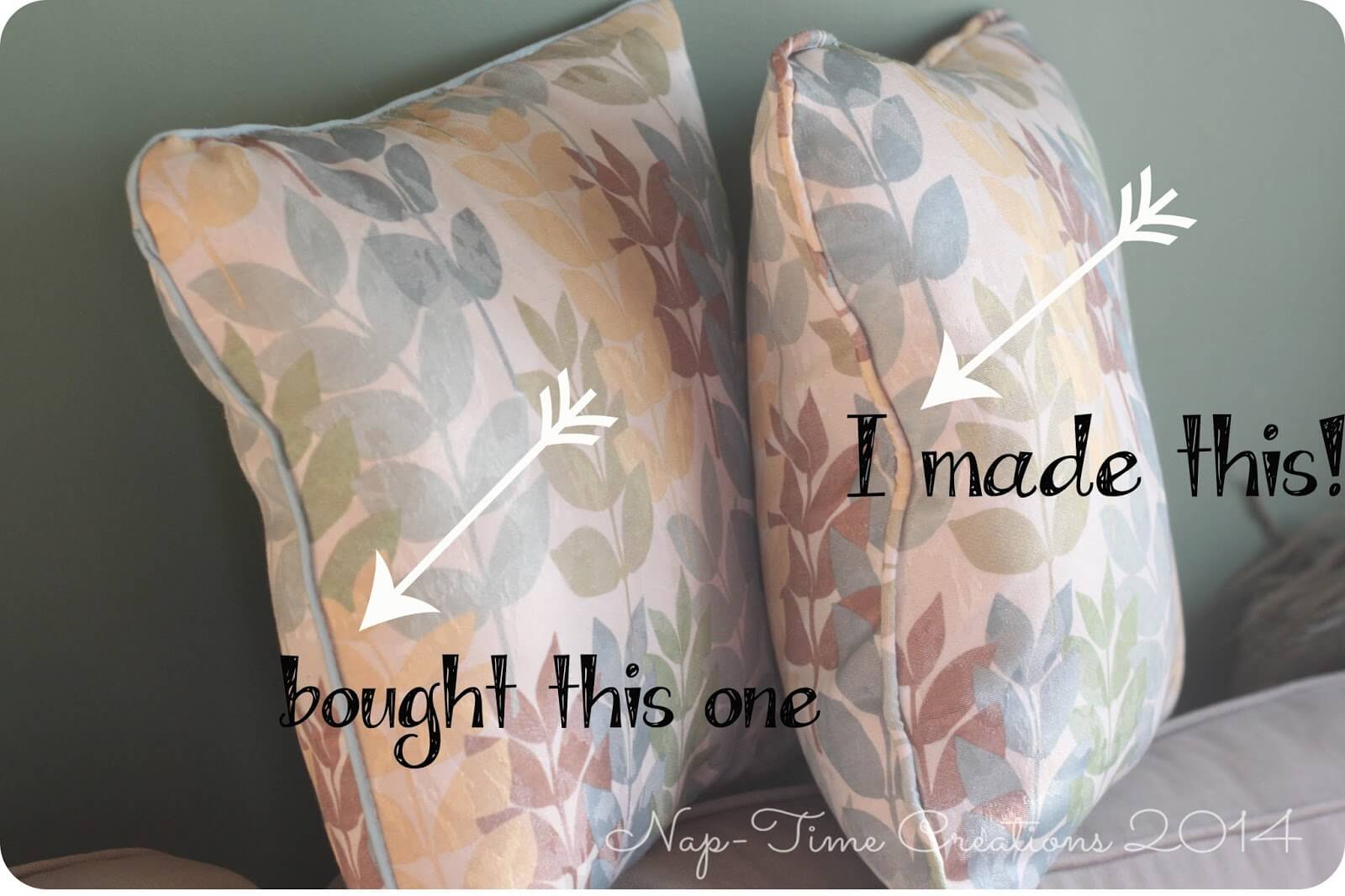 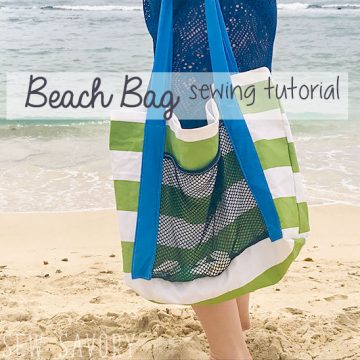 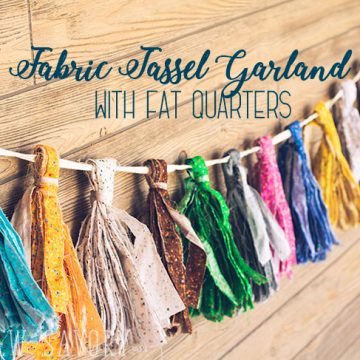