Make your own potty training pants –

Update… it’s been many many years since I wrote this and I am happy to report that these DIY potty training underwear worked great! They did not keep my boys fully dry, but it prevented puddles on the floor. Thankfully all three of my kids were pretty much trained after a week of intensive work, and we didn’t go out a ton during that week. These diy potty training undies not only lasted through my two boys, but were borrowed by a friend for her two boys. {not sure if that is TMI for you or not, haha} Totally worth the pack of undies and diapers I already had on hand to use.

You will need toddler undies and basic tri-fold diapers.. you can buy them most stores.. or on Amazon 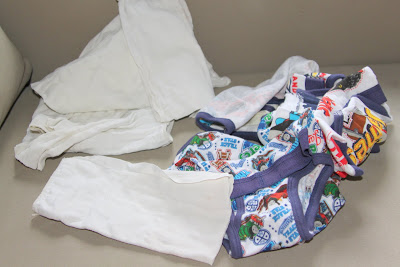 I started with new underwear and old diapers, then I cut the diapers in half, and folded into threes. 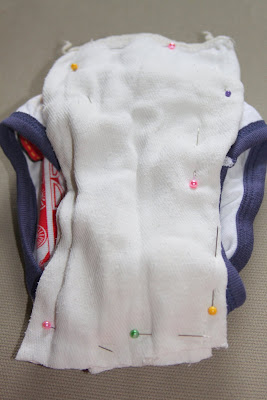 I pinned the diaper inside 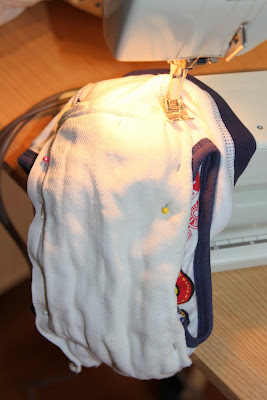 Sewed them in using large stitches so I can take it out when this time is over (hopefully soon…) I never did take them out. We used these for my second son and then lent them out to my friend. I ended up just getting new undies when the training was over. 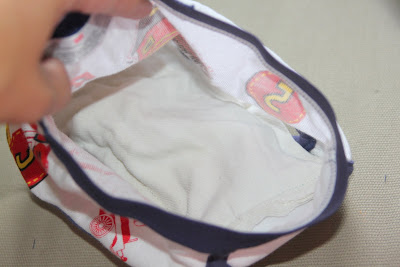 My finished product! Underwear with a little soaker power! 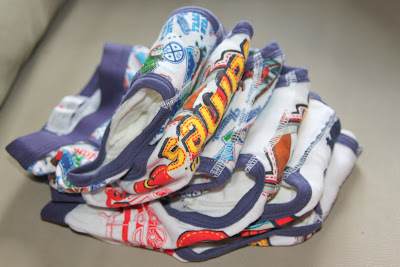