BOYS! Everything is a battle, about a bad guy/good guy or some sort of soldier situation. Just recently we got the baby girl a play kitchen as an early birthday present and the boys were enjoying it too. Pretty soon Jack’s cafe turned into a place where the “bad guys” were eating and they had to stop them.  I’ve decided with two boys I’m just along on this crazy BOY ride for a while…. We now have two Nerf guns in the house… and no shooting each other rule {for now, ha} The boys have been after me to make them Nerf Ammo Holsters and today I’m showing how to make one for your boys {or girls} too.

** I just want to add that I’m in no way promoting gun violence, use, or ownership. This is just a toy** 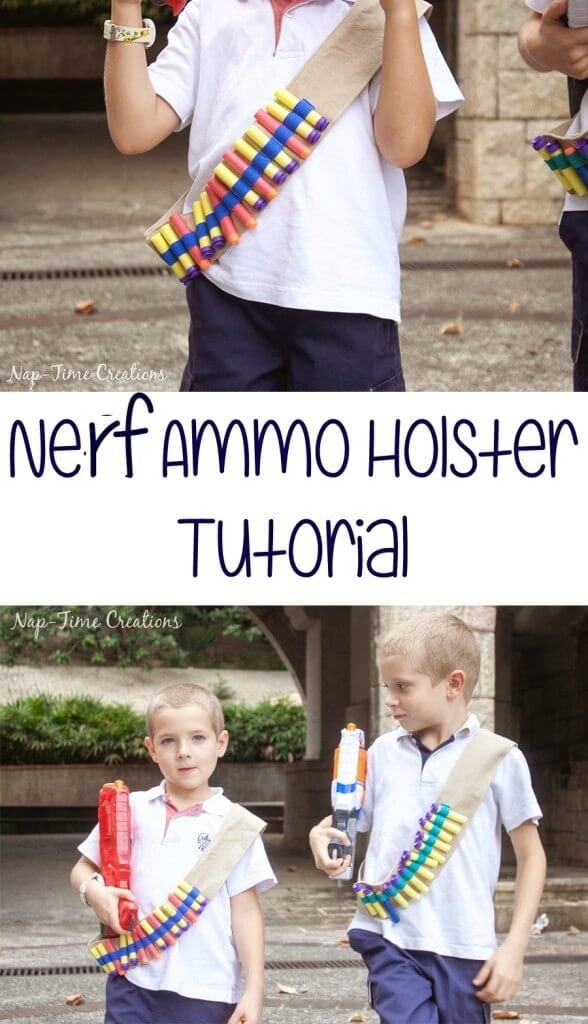 This is a super simple sewing tutorial that just requires some simple straight stitches. Even if you “don’t sew” this is an easy place to start. You will need some scraps of fabric – stiffer is better, and some FOE- Fold Over Elastic. 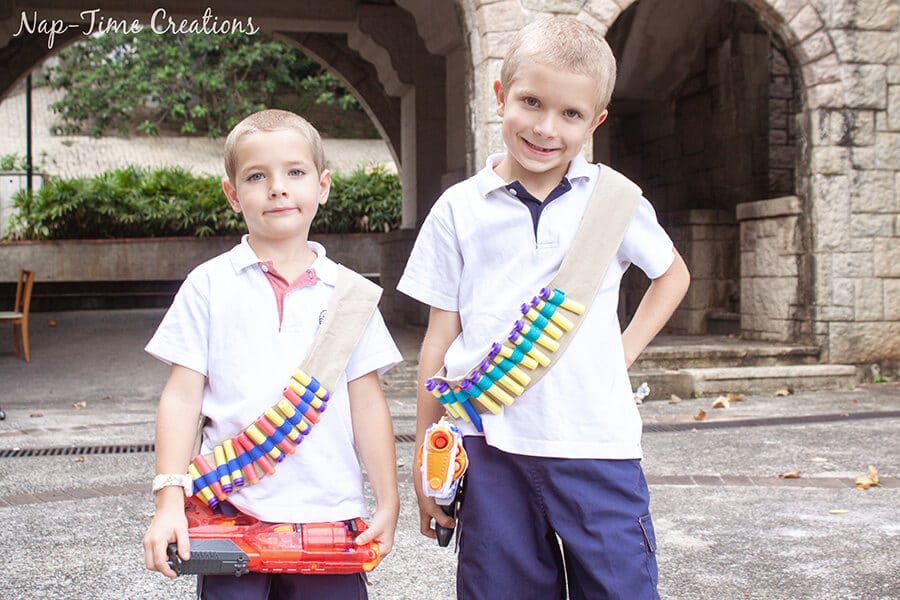 Little sister did not want to be left out of the photos! 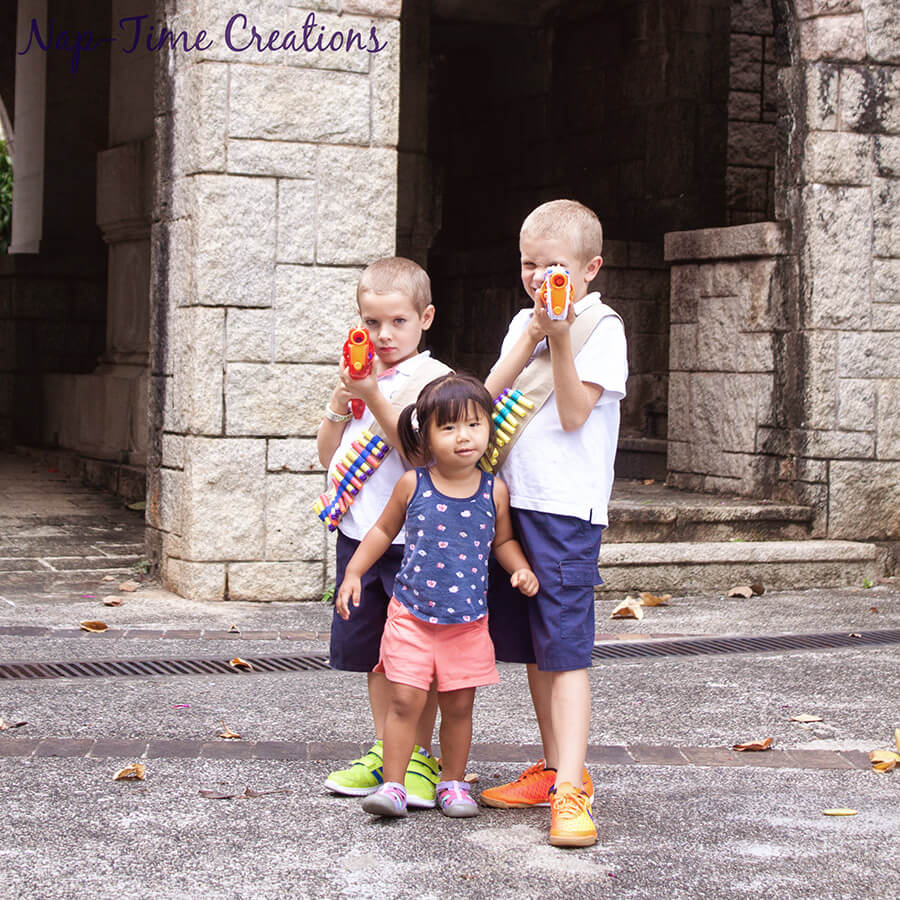 Ok, let’s get started!  You will need to cut a piece of fabric 7 x  41″.  The FOE you need depends on how many slots you will be making. You probably need 1″ of elastic per spot. Start towards the right side of one short end. The elastic should be about 2″ from the right side. 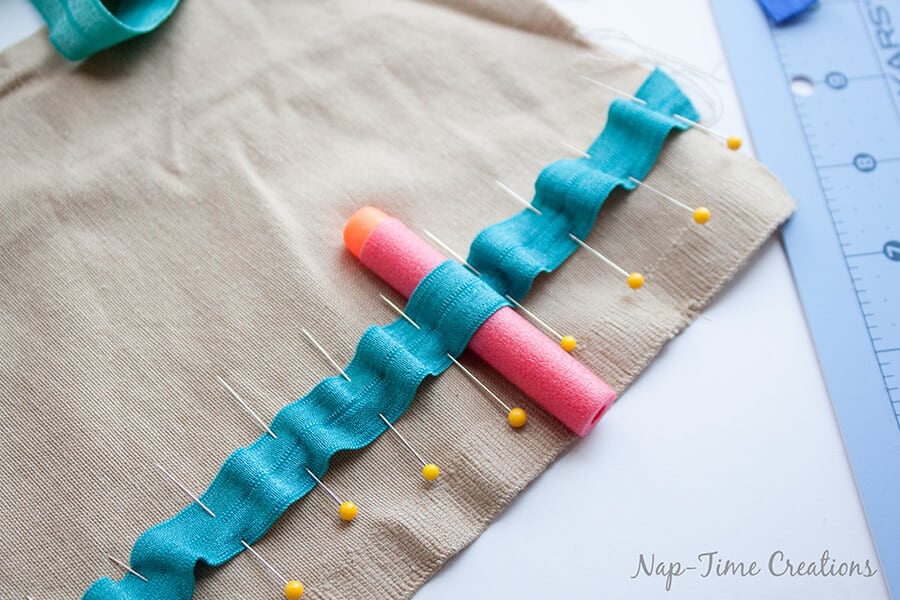 Borrow a bullet and use it to pin the FOE as shown below. You want the elastic to be tight enough to hold, but not so tight that the kids can’t slide the ammo in. When you have what you want, fold the elastic under to finish the edge. 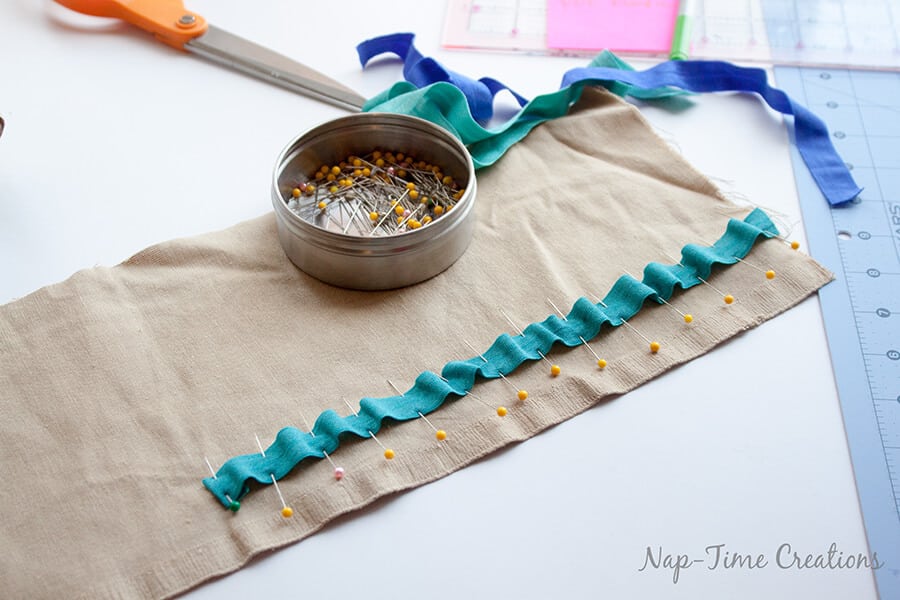 Sew where each of the pins was on the elastic. Be sure to back-stitch as I’m sure these will get pulled and tugged a lot. 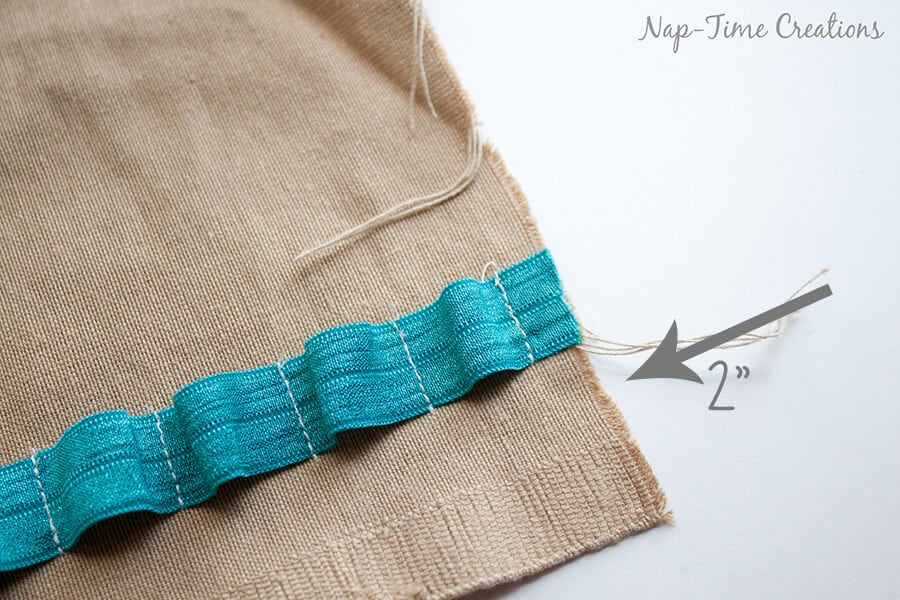 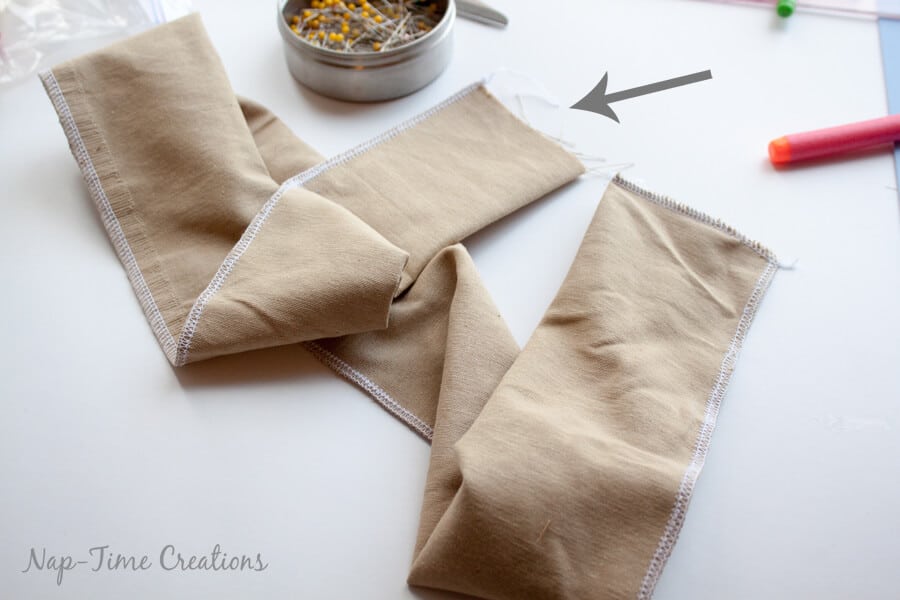 Turn right side out and top-stitch around the edge to keep it all in place. You will also want to close the open end at this point. Fold the edges in of the open end before you stitch. 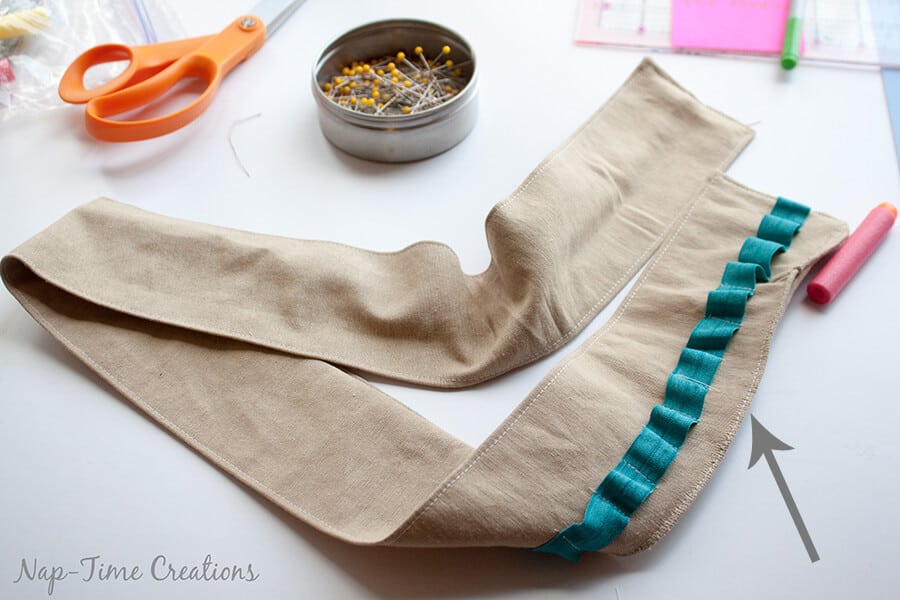 With wrong sides together stitch the two short ends together, then completes your Nerf Ammo Holster, yeah!! You’ve probably made a little boy very happy. 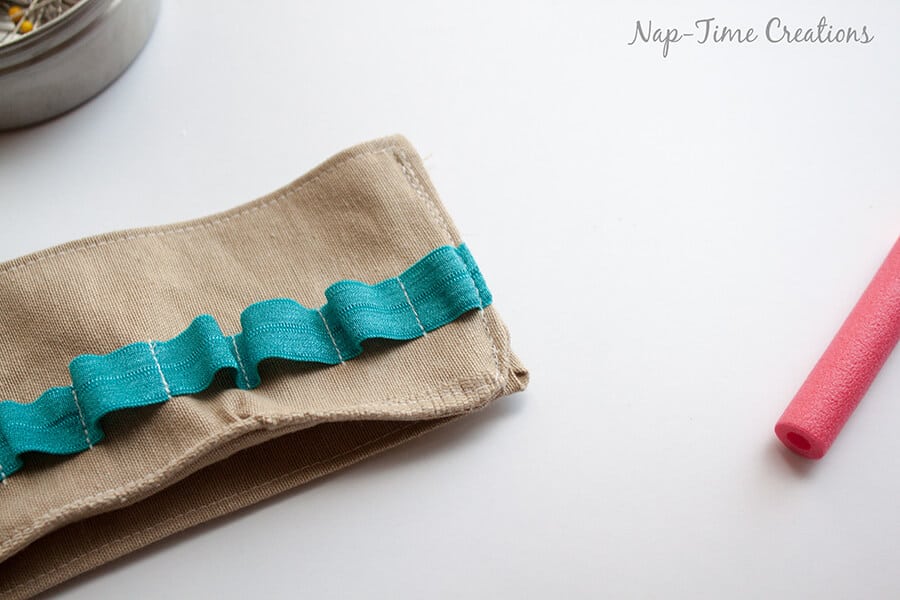 Fill ‘er up and you are ready to go! 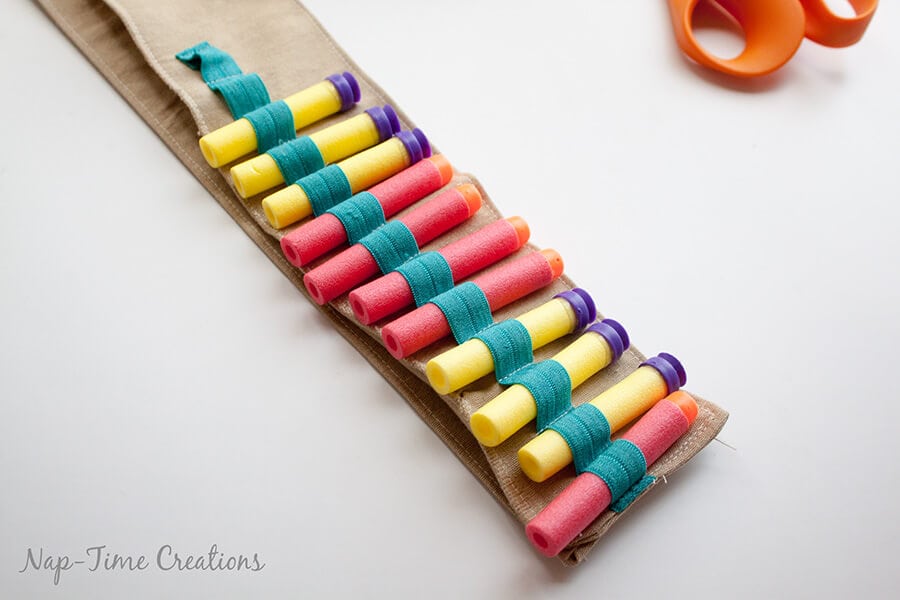 Other fun sewing projects for kids: 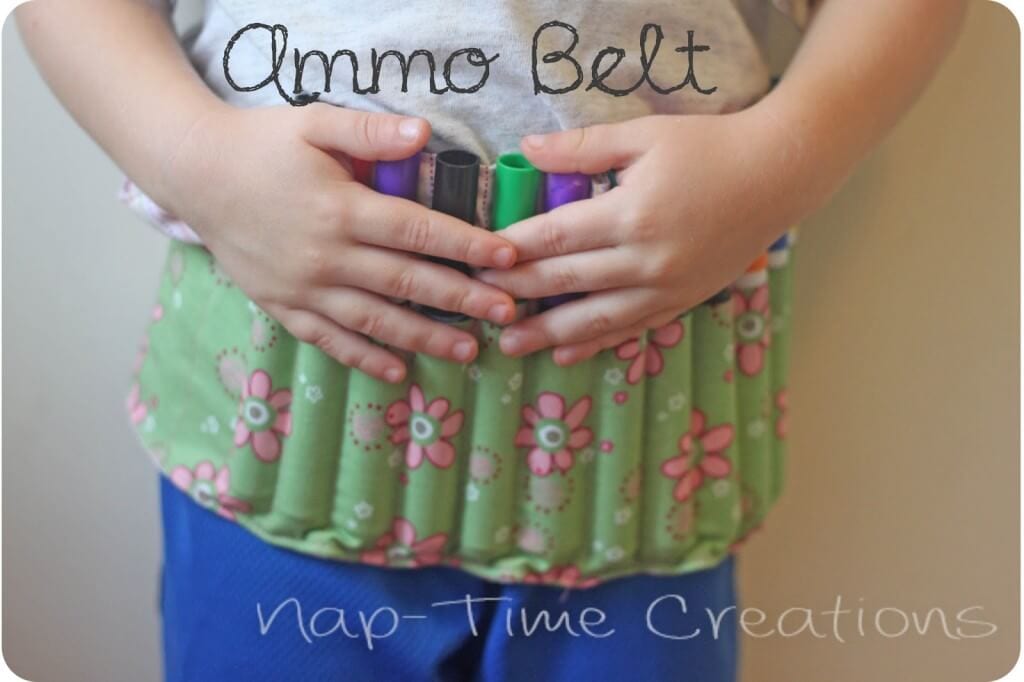 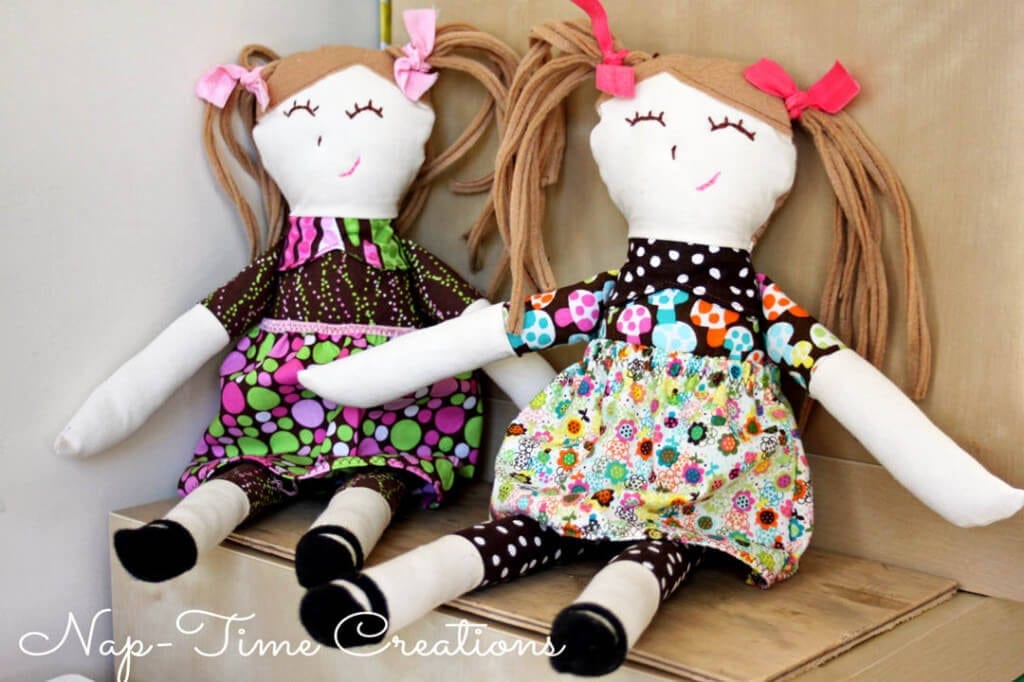 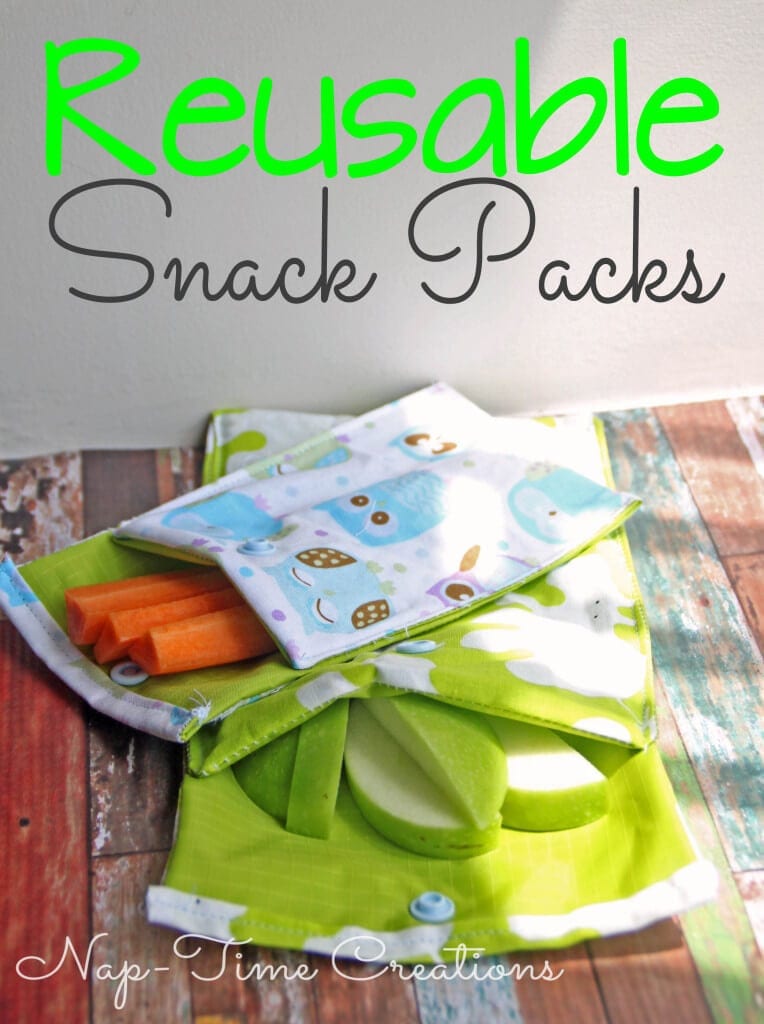 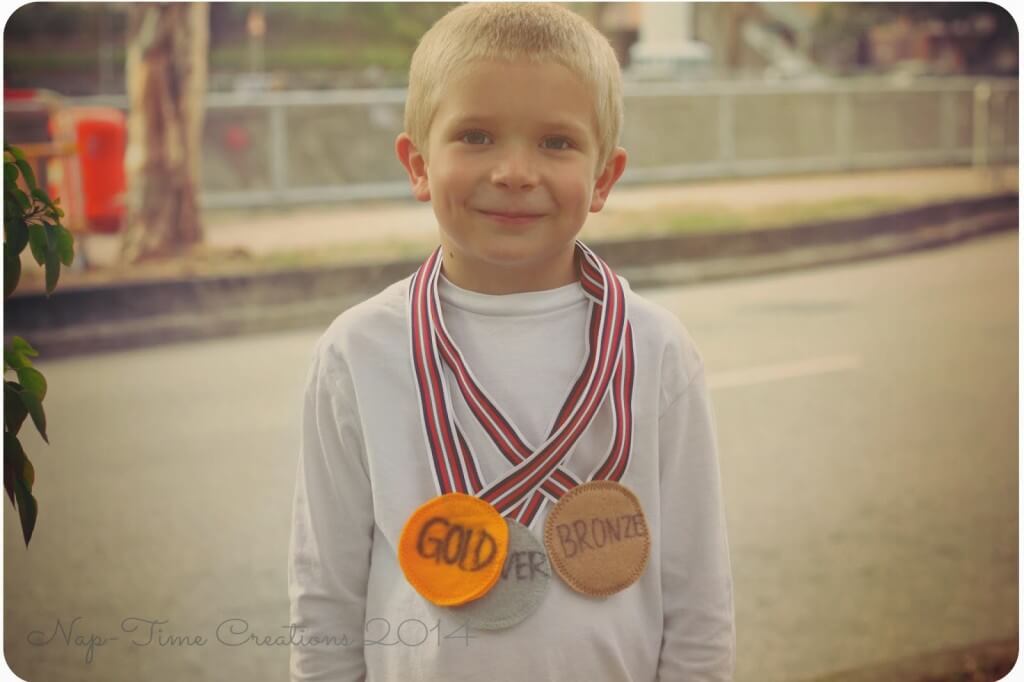 CHECK OUT THESE OTHER FUN POSTS 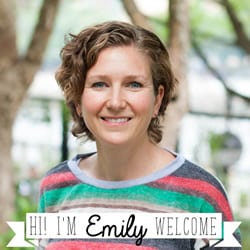 So glad you stopped by my little corner of the world. You can read my full bio and email me HERE