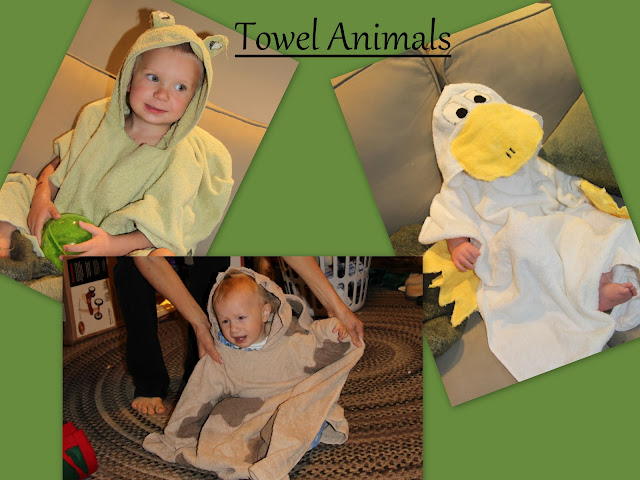 {From the files of March 2011}
Today I’m going to share one of my favorite projects… Towel Animals for kids! I’ve made several over the years as gifts and for my older son. He uses the frog towel I made a few years ago almost everyday. As gifts I’ve made a butterfly, dog, turtle (was so cute, don’t have a picture!), and a bear. My older son has a frog, so I decided to make a duck for my baby. My sewing machine has been acting up, but I was able to squeeze out enough sewing juice to finish this project. Let’s get started! 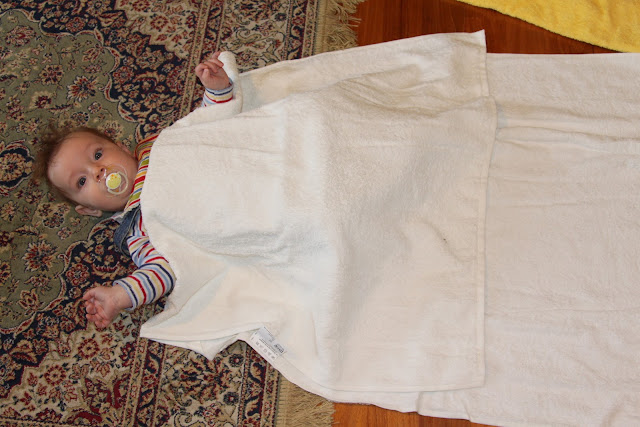 Take your adorable baby/child and measure from shoulder to floor (you don’t want it too long, especially if they can walk) You can see how I folded the white towel over and cut off the extra of one side. I folded the raw edge over with a zig zag to finish, 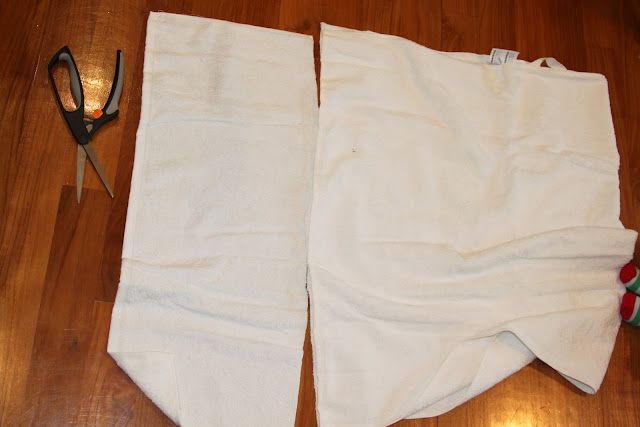 You can use the extra (or a hand towel of the same color) I used an original edge of the towel for the front of the hood, then cut a curved back side. 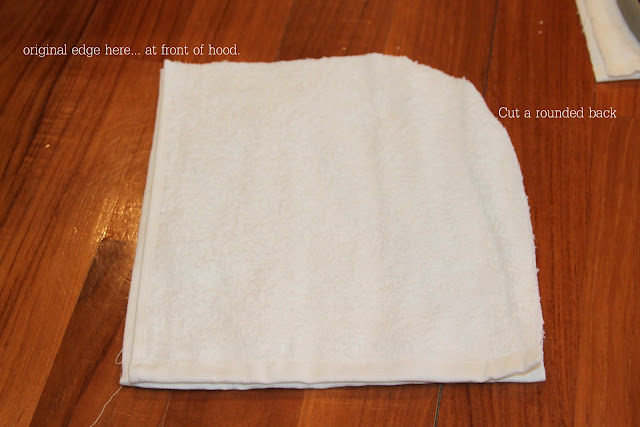 Next cut out the animal features. You will need a face shape, feet and any other embellishment (spots, stripes, etc) Cut two of each as you will sew them together with the main towel sandwiched between. I cut a bill(x2) and feet (x4). 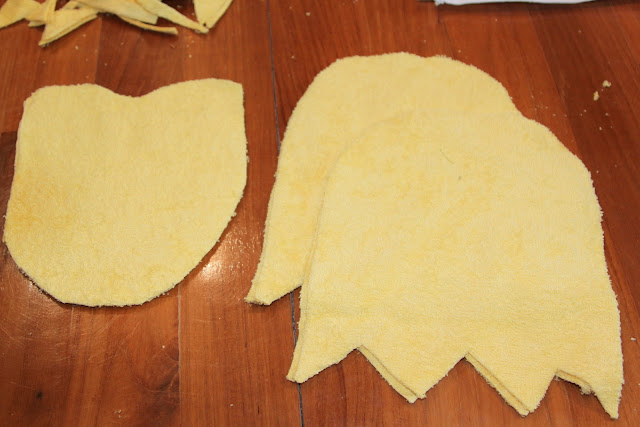 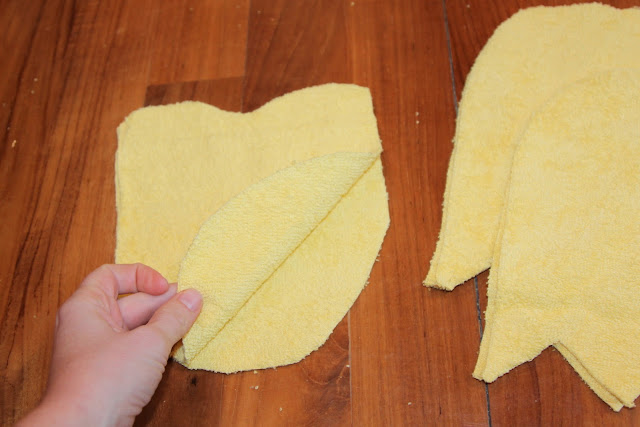 On to cutting the head hole. Find the center of your towel… 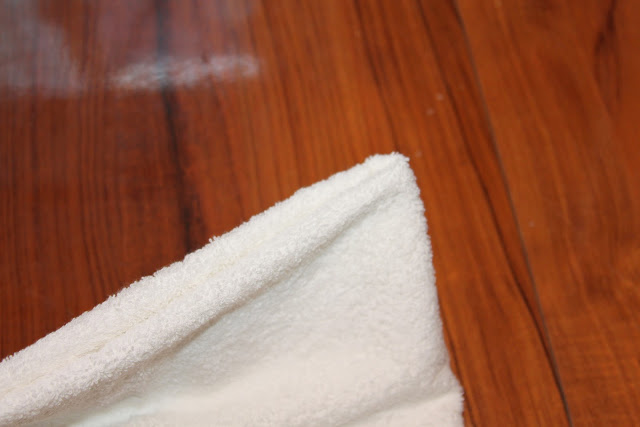 Match it up to your hood size. I put a few pleats in my hood (at the back) so the hole wouldn’t be so big. 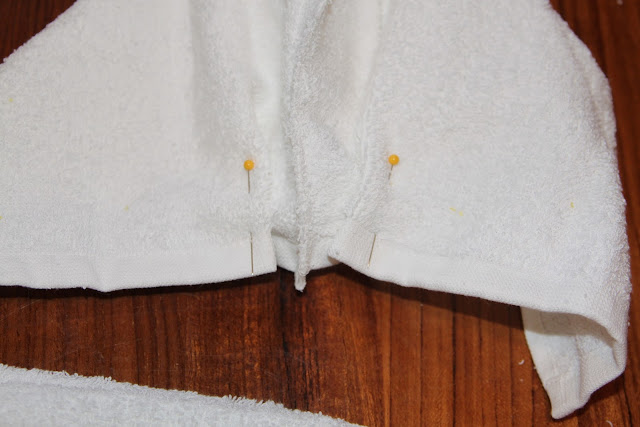 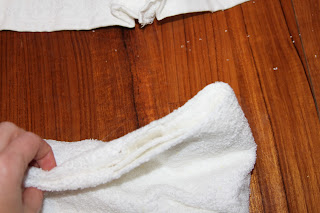 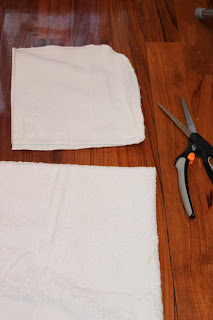 With right sides together, sew the bottom edge of the hood to the opening in the towel. 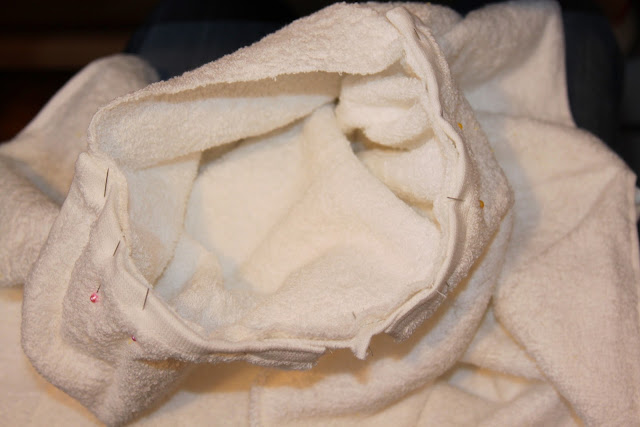 Now you have a shape to decorate! 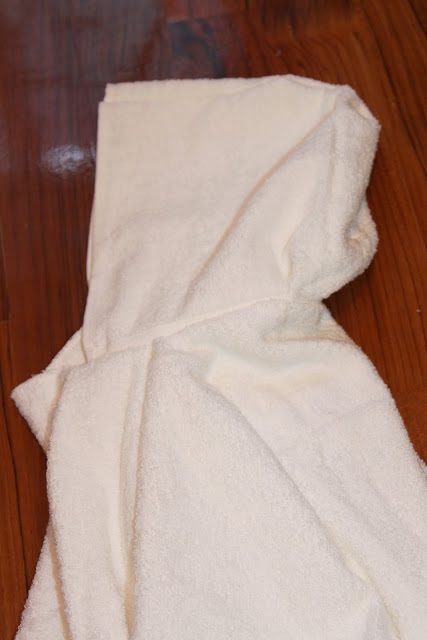 I sewed the two feet along the front side edges…. 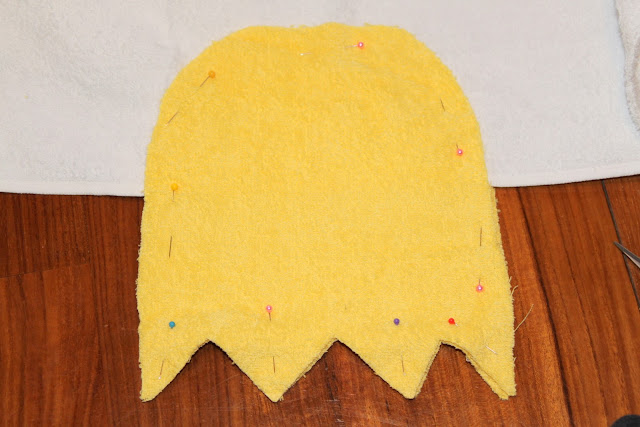 First pinning two feet together with the white in the middle. 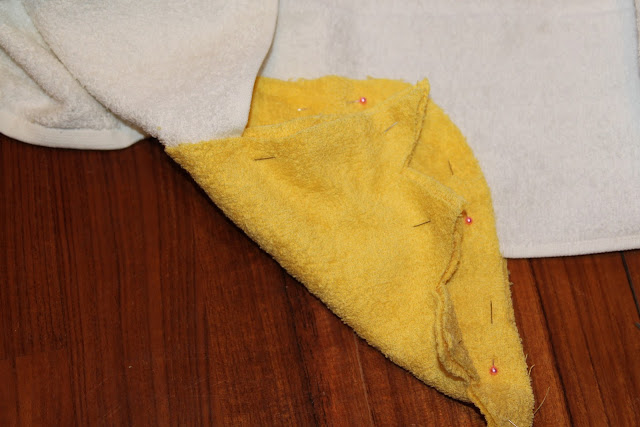 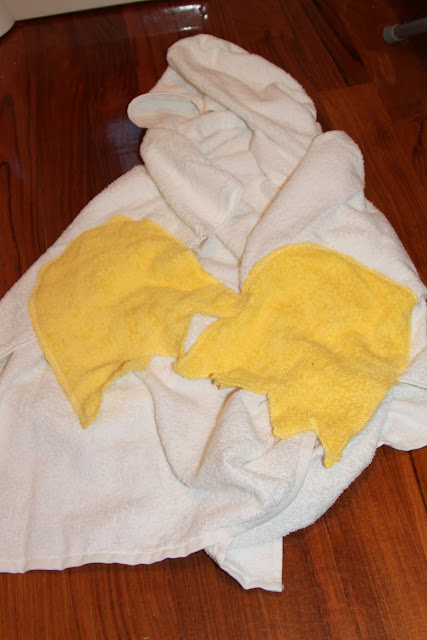 Pin the face on the same way…white in the middle. I dont have a serger, so I am just zig zagging all these edges. 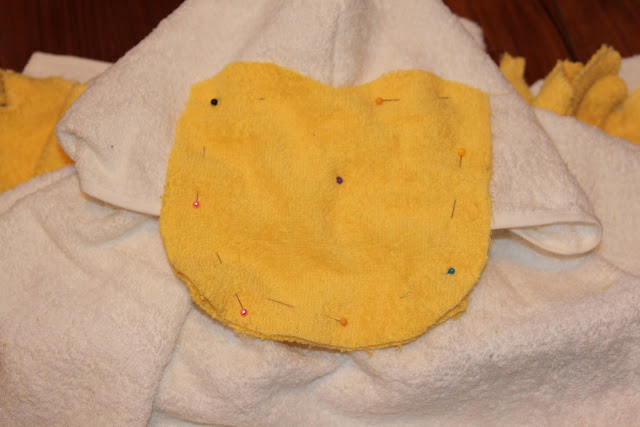 I added eyes using some white fabric and black felt. I also sewed a nose on the bill. 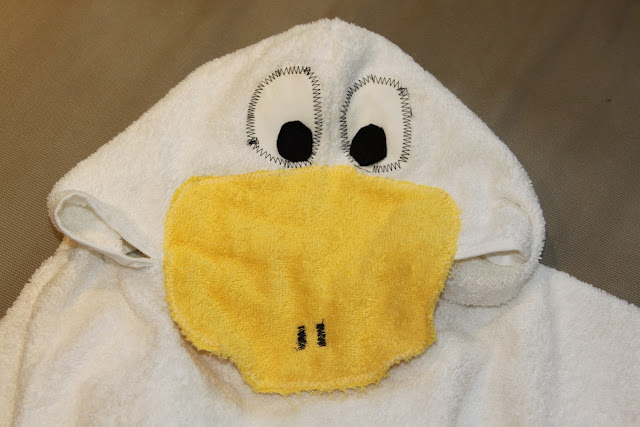 My baby didn’t seem to love it when we put in on after his bath today :o) 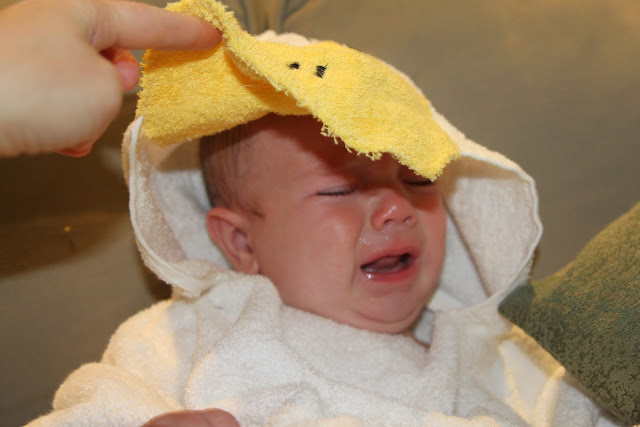 Although…maybe its me…my nephew didn’t like his at Christmas either…. ha! 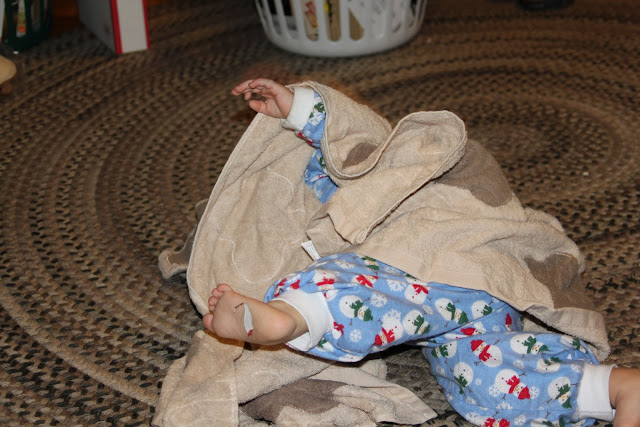 I love the two hagning side by side in the boys room. 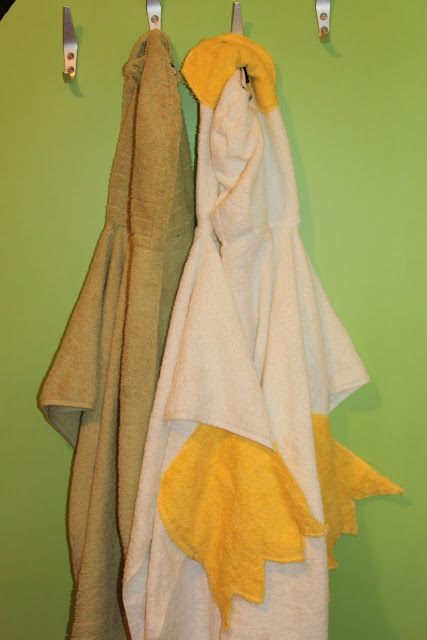