We are headed camping next weekend and little one needed a sleeping bag. This sleeping back for kids tutorial was created as I sewed up one for my son. I checked out my fabric selection and found a piece of fleece (that rhythms!) that was big enough. I think it was about a yard and a half. I laid it out folded in half (hot dog style) then cut across the TOP layer only about a foot from the top. This is to create a built in pillow. 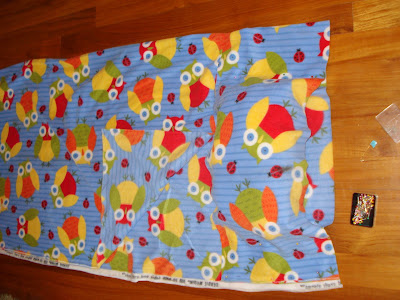 I put a wad of stuffing in the middle of this top portion and pinned around it. 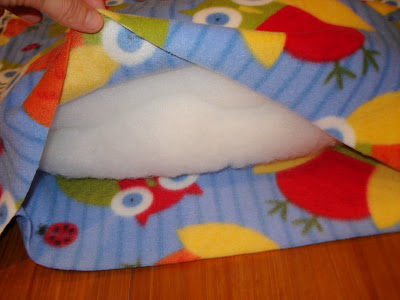 Create a pillow in the middle of the top flap. 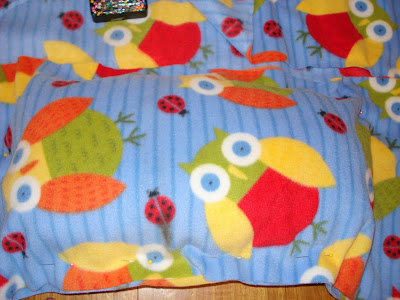 The final step. Fold the two sides of the bag over the pillow on the top end, then roll to the bottom. From here you can see where to attach two elastic bands. Sew them on along the bottom seam and you can now roll the bag and store it!

it folds up nice and small for packing and storage.  There you go! Sew up a sleeping bag for your kids before the camping season starts!